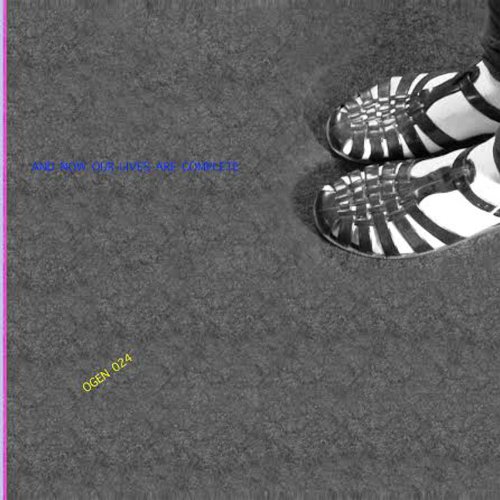 2012 saw the release of two important releases from sometime Charlatan Tim Burgess. The one which gained the most attention was his Kellogg’s cereal “Totes Amazeballs”, made available at Kendall Calling following a joke made on Twitter. But more importantly, his second solo album Oh No I Love You! was released on his own label, OGenesis.

With his fingers firmly planted in many milky bowls of nutritious goodness – and resembling a serial cereal monster with his big, blonde do – running his own label has allowed for him to enjoy the industry from both sides of the screen, while still finding time to join his bandmates, who are apparently waiting for him to raise enough money to record their next album on the International Space Station. Pledge music just took a giant leap for Manc kind, but at least you can’t say Burgess’ career has been boring.

It can’t be said about …And Now Our Lives Are Complete either; a compilation celebrating the last three years of the vinyl-favouring OGenesis label, and featuring artists including punk legends The Membranes, Factory Floor’s Nik Colk and Burgess himself. Not being boring isn’t always a good thing, however, as this variety of poetry, punk, electronic trance and indie dance show. It’s less Now That’s What I Call Music, and more Wow, This Is All Music?, with certain numbers (Nik Colk Void’s “Gold E”) sounding more like torture. Throw your mind wide open; allow everything that’s postmodern to do whatever it desires to with it, but there are few who could admit to wanting to listen to this over a Britpop standard by The Charlatans. It’s a similar story for Pavlov’s Children’s “Little Douglas”, and while this clearly isn’t about The Charlatans, it is about music.

There are moments that hark back to the genre that paved Burgess’ first forays into success, with Keel Her’s “Boner Hit” a two-and-a-half-minute light and poppy number (everything sounds like breakfast cereal talk now), and the female vocals of Slowgun’s “Heavy Head Boy” resembling an Elastica outtake. Like many of the rockier moments, Throwing Up’s “Big Love” sounds fairly simple musically and does nothing to instantly excite a listener familiar with the sweet quirkiness Tim offers in person during interviews, but the quick switches between verses and chorus, and lyrics of having “big eyes on the road” make it a track you’re more likely to remember. On the other hand, R. Stevie Moore’s cover of The Vaccines’ “Post Break Up Sex” is one you’re like to want to forget; a novelty-tinged, heavily distorted track that asks, “What did you expect from post break up sex?”. But there again, what did you expect from a song called ‘Post Break Up Sex’?

In between the instrument-lead tracks and the minimal dance, Minny Pops’ “Glisstering” offers one of the most pleasantly interesting tracks, giving an idea of what Kratwerk might sound like if they were ever tempted to explore Country music. With the robotic vocals playing adjacent to acoustic strums, it’s instantly more appealing than Joseph Coward’s steady “If You Want To Get Going, Get Talking To Me” and even, regrettably, Burgess’ own inclusion; the ditty-like ‘Anytime Minutes’. A duet with Italian actress Asia Argento does provide a stunning moment, however, where echoed vocals meet subtle strings that build to add a charm, albeit a shifty one.

“See those records stacked up in the corner, in the order of when they were played. From that we can retrace the moment of when all those mistakes were made,” Lambchop’s Kurt Wagner recites on poem (and all of the poems are entertaining) “A Case For Vinyl”. And while you won’t find a case against it here, nor one for experimentation, eclectic tastes and certainly not for Tim Burgess in general, …And Now Our Lives Are Complete seems like a life that may be full, but that’s also fractured, unstable and far from Amazeballs.