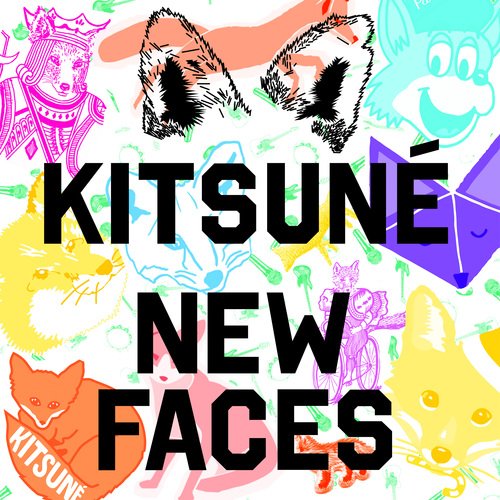 Super-cool French music label and fashion house Kitsune have always been trailblazers, acting more like a holistic collective than a part of the traditional music industry. Their New Faces compilation features 14 tracks from acts across the world, taking in all manner of sounds on a voyage of discovery from start to finish. And there’s certainly some promising stuff here to discover.

Whilst some featured acts such as Birmingham’s Superfood and London’s Rosie Lowe are already creating a waves by their own means, names less familiar are no less worth listening out for. Kitsune’s natural sway towards electronic tinged acts is prevalent as always throughout, but New Faces also does justice to the more whimsical and even rockier ends of the spectrum, opening with Antimatter People’s “Mossy Grounds”, a hazy kaleidoscope of 70’s psychedelia, with sliding guitars and fuzzy jangles lending it a sunny disposition.

Soulful trip-hop gets a look in with Gallant, as the tantalising electronics on “Sirens” are partnered with some impressive falcetto gymnastics. Solomon Grey provides a nod to slower-paced tempos with the horn-laced ballad “Last Century Man”, on which Bon Iver-like vocals are creatively interwoven with echoing samples and melancholic harmonies, creating a delicately beautiful aura.

Brother and sister duo Southern take things a bit more electric with “Shout It”, a bluesy guitar track that made to accompany whiskey and cigarettes. Things turn to house with the inclusion of George Fitzgerald’s “I Can Tell By The Way You Move”, where disco is nicely filtered across a bouncing club beat. Having already tasted acclaim in the UK, Kitsune is not so much breaking him as promoting him with this inclusion. In turn, Panda are a more spiky breed of electronica as stabs, hooks and beats combine in an explosion of sound.

With plenty of variation and natural good taste to every choice, Kitsune have provided the listener with a sneak peek into their own office playlist. It’s one that will no doubt will translate to stages across the world in coming months.