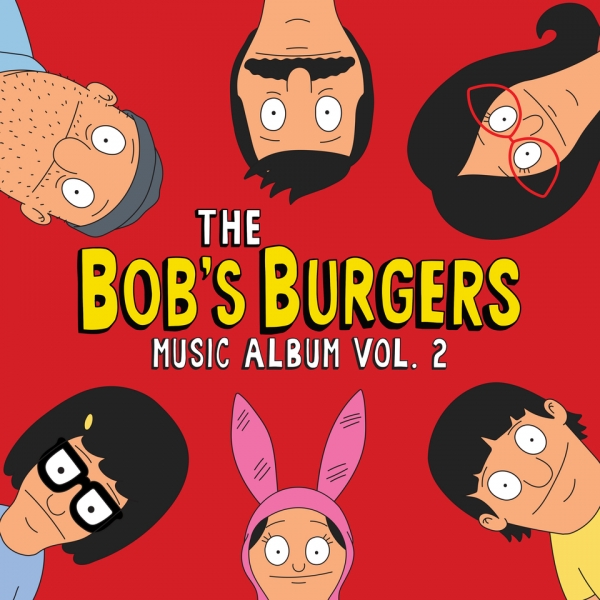 TV soundtrack releases are an odd beast that feels superfluous to anyone other than those that have binged every episode and can recite the script line for line. Facet in that the majority of those tracks are satirically whimsy flights of fancy, often into the vulgar, then you don’t have much headway for further exposure.

But Bob’s Burgers is already a treasure of a TV show. Holding a twinkle in its eye, the jaunty episodes of family life, often with ridiculous outcomes, are the perfect counter to a world that can feel incredibly dark. However, this isn’t a review of the show itself, but the release of The Bob’s Burgers Music Album Vol. 2 (Seasons 7-9) and its accompanying songs.

To look at the musical worth of a release such as this is to remove its sole purpose - to be an escape when perhaps a visual element isn’t required. Anyone coming in cold will undoubtedly have no idea what’s going on - but those hardened, ardent watchers will in no doubt find the whimsy of “Wheelie Mammoth”, and the ridiculousness of “Cat Training” and “Hot Pants Rain Dance”, more than a little bit charming.

The shows indelible usage of short ditties to carry a premise through, and to bring in similar tier guests akin to a Folklore era Taylor Swift album, is beyond commendable. The National have often found themselves penning more than the occasional tune for the show’s ridiculousness, and here it’s frontman Matt Berninger appearing. Providing backing vocals - along with Adam Driver - on “Art Song”, while comedian Tiffany Haddish gets to business on “How Many Sandwiches Can You Name?”, these guest spots are joyous, but never overshadowing.

At a whopping ninety tracks, including pre-scene amble, it gives a chance to highlight something that often goes unnoticed. Once these minute-plus tracks are compiled what shines is the talent of the writers and voice actors. The jewel of the show is undoubtedly the protagonists - the Belcher family - coming to life, and it’s near impossible to refute any form of a smile when hearing Gene Belcher (Eugene Mirman) profess he’s a “Sexy Little Tiger”, or Tina Belcher (Dan Mintz) lamenting about “The Briefest of Glances”.

To bring comedy to life with such seeming effortlessness is where the music of Bob’s Burgers thrives. Beholden to a world of wonder, it's based around knowing that life’s too short to listen to a double-length album picking apart the philosophy of life. Why not enjoy a cartoon family battle-singing about the best type of fries instead?