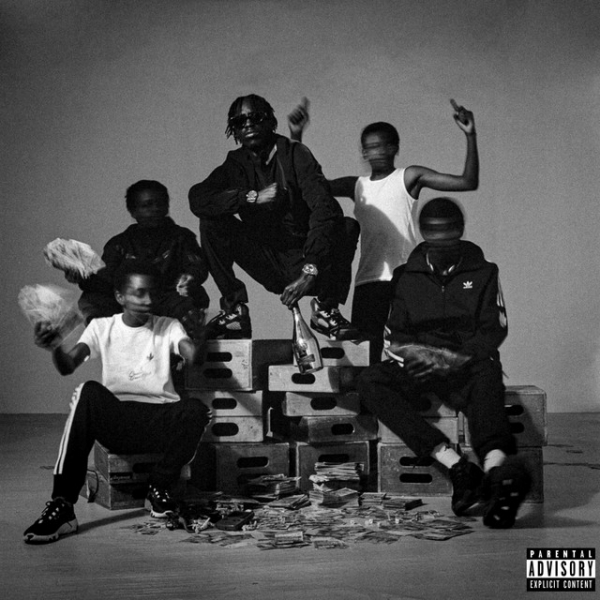 Dark shades and a poker-face, Adolescence is here to represent the authenticity and grit of one of the UK’s leading drill players, and how he’s shaping the face of the genre to come.

98s alumnus Unknown T is amongst one of the most revered and respected artists of his generation. Just over 365 days since releasing his debut album Rise Above Hate, Adolescence proves that not only has he mastered - and elevated - the drill style, but he is also capable of applying his cold cadence and flow to a number of different sounds. Treating us to a line-up of the UK’s finest, Adolescence features collaborations by Potter Payper, M1llionz, Nafe Smallz, M Huncho and Digga D, banding together to rise out of their surroundings.

Unknown T is equally as capable of walking a runway for Virgil Abloh, or rocking the internationally acclaimed COLORS SHOW, as he is delivering in true fashion the most important body of work of his career. His Adolescence mixtape showcases T’s knack for storytelling, unbreakable rhyming schemes and experimental approach to his music. Across fourteen tracks (plus his grandma’s rendition of the Lord’s Prayer) he circumnavigates the troubles, trappings and romantic notions of a young man’s adolescence.

The mixtape is crafted sonically by some of the finest producers the UK has to offer (Chris Rich, Ghosty, R14, Gotcha and others), implementing strings, flutes, keys and beats at their disposal that are almost too polished for UK drill music. Unknown T serves up something quite special, pairing his high end tastes with gritty storytelling, showing no lack of faith in his abilities.

Stand out tracks on the tape include “22 Double 0” which flies out the gate: “Bare grown men can’t handle the flames / so they hate on the kid / I can’t talk on the shit that I did / you know them man converse with the pigs”. The nonstop gut-wrenching “Trenches” with Potter Payper, and the surprise love ballad “Sweet lies” that has listeners confused as to if this is Unknown T’s singing voice and where has he been hiding it? Adolescence shows an artist who has depth, who has learned from experience and let nothing hinder his progression. Whether it’s the glitchy hi-hats, booming trap instrumentals or singing about the girls he has loved and lost, Unknown T’s stock has matured and paid dividends.

With views already totalling almost seven million for his initial singles for the tape: “Wonderland”, “WW2”, “Goodums” and “Driller sh!t”, Adolescence will certainly add more plaques to Unknown T’s wall and break a few rubber bands in the process.