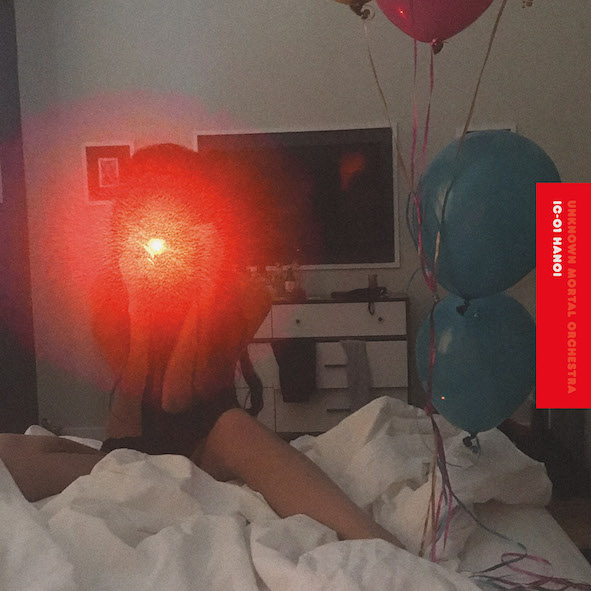 And the album begins in medias res, ripping and snorting and thrashing about like a wounded bull and then abruptly coming to a stop. Your breath ragged, you find yourself almost tapping out after the very first track. And so it signals the start of a very different release for Unknown Mortal Orchestra, taking on the challenge of being challenging, discarding psych-pop levity and going balls to the wall.

Perhaps another artist would release it under a different name, Unknown Mortal Orchestra Is an amorphous project centred around Ruban Nielson and the bedroom noodlings, which progressed with success, to studio noodlings and beyond. On this record, UMO's regular lineup is joined by Vietnamese musician Minh Nguyen, who plays a range of instruments from his native land. A purely instrumental album IC-01 Hanoi takes its nods from jazz primarily, but also kraut and post rock, with throbbing, animate production laid on thick as if with a trowel.

The inclusion of Nguyen gives the album a strong sense of both personality and geography. Recorded at Phù Sa Studio during the tempestuous Hanoi summer, the sessions on record formed a break as the band recorded Sex & Food. The result is a series of soundscapes leaning towards the cinematic; instrumentation thickly intertwined like foliage, with the pinging đàn môi like the chirping of creatures in the background. "Hanoi 5" is a film noir sex jam pierced by a drum solo like an automatic rifle. And "Hanoi 3", with Nguyen almost solo on the sáo trúc flute, could soundtrack the slow motion descent of a military helicopter, with its pastoral mourning and thwump, thwump percussion in the far distance.

The album hits its high points either when it comes in short gut punches, as on "Hanoi 1", or leaves gaps for the groove to fill such as standout "Hanoi 6": lounging out like an interminable day sheltering inside, only punctured by furious bursts of occasional thunder. Long gone are the three minute alt-pop earworms.

What really strikes is how, being instrumental, the album is free to go to deeper and earthier places, places the submarine falsetto of previous albums couldn’t take it. It’s an album that sets out to excite and take risks and be messy. Alternately visceral and cerebral, and building with a whole new set of tools, UMO’s second release this year feels like a band bursting from their bubble; saying plenty about both Nielson’s fevered creativity, and the future of his cherished project.