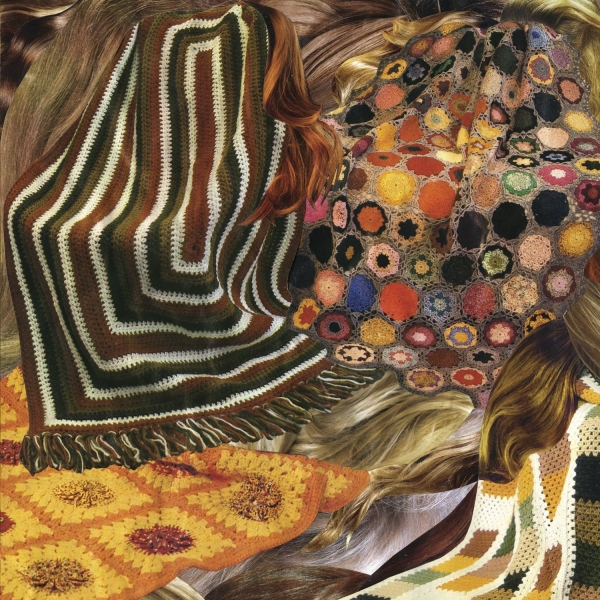 One man music machine Ty Segall is at it again. At the rate he spurts out records, either on his own or with one of his many other side projects, like White Fence, Sic Alps or The Ty Segall Band, he could probably keep the entire lo-fi scene afloat by himself. After dropping three LPs in 2012, including his lauded lonesome effort Twins, he’s back less than a year later with a ninth (which, for a guy who’s in his mid-twenties isn’t too shabby at all) full-length studio record under his solo moniker, Sleeper.

The San Francisco native has found fame with his garage revival tones, psych-folk guitars and lo-fi surf-pop atmospheres. Alongside pals Mikal Cronin, Ariel Pink and Kurt Vile, Segall creates vast emotional statements with back-to-basics instrumentation and a DIY ethic. It’s a much-vaunted formula that he’s obviously fond of, but crucially it’s also one that works – 2011′s Goodbye Bread for example is still a phenomenal collection of songs. Here, there’s less of a focus on fuzzed-out axes and sprawling apathetic lethargy-pop, á la Surfer Blood or Wavves, though they hail from similar locales. Instead, Segall has a grittier, rawer, twangier timbre, and rather than having noises to drown in, he’s hell bent on tie-dye riffs and a summery disposition. It’s deliciously imperfect.

Sleeper harks back more to the bedroom production of the seminal Goodbye Bread, with heaps of acoustic guitars hogging the spotlight. Though he’s been active in making garage-rock/punk his calling card, there are still moments when Segall opts for a shift in his dynamic range. Sleeper necessitated that shift, as it deals with significantly more personal issues: back in the Twins era, Segall’s adoptive father succumbed to tongue cancer. The passing split his immediate family, and though he’s not keen on sharing details, he does make it known that he no longer speaks to his mother. Sleeper details grief, loss and familial tempests. Segall was conscious of his sonic change, and instead of winding down punk boulevard, a more pensive style appeared to battle the emotion gristle he was forced to chew through.

The stylistic change is obvious in tracks like the country-flecked ’6th Street’, which features plenty of slide guitar and breathy chanting vox low in the mix. It’s reminiscent of ’60s folk and the kind of guitar legends with infinite chops that don’t really exist anymore; it’s deeply American sounding – either via the Southern Americana or via the unkempt ’60s hippy strands. Psychedelic effort ‘Queen Lullabye’ submerges you in a buzzing drone and metronomic rhythms. It’s a hypnotic cut, forcing droopy eyelids and massive yawns. Though Segall’s words are undecipherable beneath his acres of effects and fractal reverb, it’s not impossible to unearth his lyrical implications and get to grips with the emotional core of what he’s trying to convey. There’s an identity loss, a hollowness that’s risen after the death of a loved one – it’s a ode to grief.

The title track is a melodic, vintage-filtered paean of pain “I dream sweet lies/ I dream of you… I wanna sleep all day/ I wanna go away.” It’s a personal catharsis for Segall, vocalising his agonies – maybe in the public eye is a strange manner to do so, but it’s the life he knows and, for the past seven years, it’s how he’s tussled with feelings. It makes sense in his world, where the everyman may baulk at the idea of publicly confessing his inner woes. Maybe that’s a British thing.

While a lot of the mood is pretty solemn of Sleeper, there are some sun-kissed moments, that despite still being lyrically dark, remain blissed-out chunks of acoustic summer-pop, for example ‘Sweet C.C.’ or ‘Come Outside’. It’s a deeply personal anthology of grief which Segall has put on display. We’ve never seen him more naked and unclouded by his music. There are few stick-in-your-mind melodies, and massive hooks are scattered, but rather than a handful of beach party anthems, Segall is baring his soul – it’s addictive for a different reason. His candid approach to songwriting is admirable and he’s still crafting great music, albeit now around a fragile core. Sleeper‘s an album that has potential to flourish in the future after more repeated listens, rather than a clutch of instant gratification tunes. Take the difficult tour through Segall’s mind – in the end, it’s endlessly rewarding.