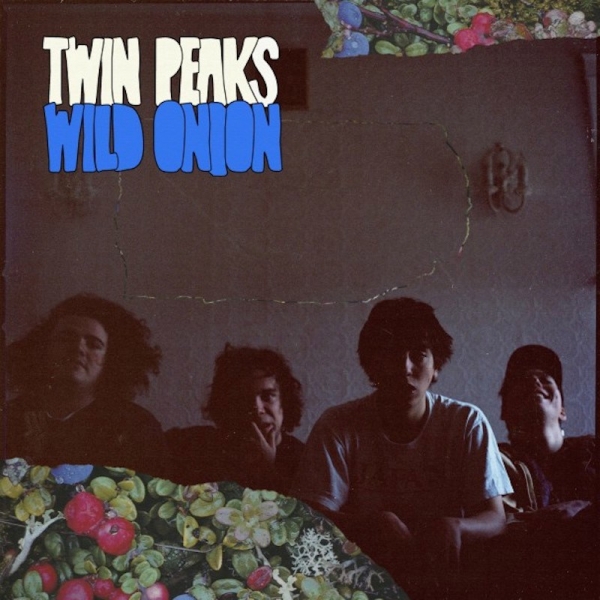 Some bands will change your life. You know the ones. The moments when you listen to a record and experience what can only be described as an epiphany. Those instances are both joyous and rare, in fact, their elusiveness only makes them all the more delicious. We all remember those moments. Exactly when and how they happen – and, crucially, who you are listening to – varies, but generally everyone will have a certain band or record that really connected them to music for the first time. Twin Peaks might not be that band. But, if you are of a certain age, Wild Onion is one record that might make you reconnect with those teenage moments once again. ​

​Twin Peaks might find their name to be both a blessing and curse this year, as attention turns to the 25th anniversary of David Lynch’s unnerving yet iconic TV series. But the name hints at the way this band imbue their material with the scent of American independent TV, cinema and music. The band’s sound ricochets through the decades, from the surf pop of The Beach Boys via the retro Americana stylings of Tom Petty and the Heartbreakers to 00s alternative guitar bands, like The Shins.

The Shins thing is important. Whether they intended it or not (I suspect not), Wild Onion feels like a more raucous Oh, Inverted World (which, incidentally, contains a song called “Know Your Onion”), with its uptempo, rock and roll tinged tracks like “Telephone”, its grumbling, indie love songs like “Sweet Thing” and the quietly melancholic “Ordinary People”. Their raw vocals make the Twin Peaks sound more visceral and a generous dose of distortion injects a West Coast flavour, reminiscent of the kind of late 00s lo-fi, surf-rock, purveyed by bands like Surfer Blood (who, incidentally, wrote a song called “Twin Peaks”).

Here’s why The Shins thing is really important: Wild Onion is an album made by people in their late teens/early twenties which will speak to people of exactly that age. It sounds like music made by kids who were lost in back bedrooms full of old 70s records, who got high and watched Scrubs and other whimsical stylings of Zach Braff (hence, track four: “Sloop Jay D”, a whiny, neurotic ballad, about hoping that girls like you and want to “fuck you”). And, thanks to Braff’s Garden State’, we all know: The Shins will change your life.

If you were one of those teenagers who really bought into that claim, Wild Onion will do great things for you. It’s an album which can help you rediscover America and the icons of its alternative culture, particularly those from the mid to late 00s. Twin Peaks somehow manage to translate the last ten years of American guitar music into a 40 minute package that will help you remember why you fell in love with all of the bands which ‘changed your life’ in the first place.