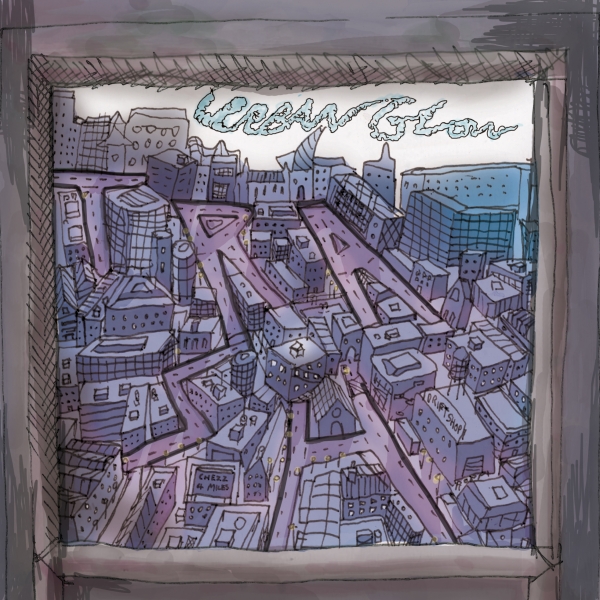 For anyone who caught TRASH’s excellently anarchic set at this year’s Y-Not Festival, the melodic subtleties and quiet anxiety of their debut EP Urban Glow will come as a surprise.

While their live show is built on infectious youthful energy, on record a less calamitous side to the band is brought to the fore; tongue-in-cheek pop sensibilities are merged effortlessly with introspective lyrics, their delivery almost always understated, and occasionally downtrodden.

Though debut single “4 Miles” is a frothy, sugary offering, lavished with reverb and delivered with a wry nod, it's following track “Drift” where all the doubts and uncertainty begin to rear their heads. “Watch me as I walk away / Watch me make the same mistakes” singer Dan drawls, the self-deprecation masked by shimmering indie-pop guitars and wistful vocal melodies.

It's this optimistic pop polish, juxtposed against the undertones of crippling self-doubt and anxiety that make Urban Glow the record that it is. Belying the band's young years (their average age is 18), this isn't the typical sound of teenage angst - it's the sound of that angst finding a more permanent foot hold, contorting itself in to the deep-seated questioning self-doubt that's so often reserved for your mid-twenties. It's the sound of the limbo-like stage in one's life, perching precariously on the brink of youth, before taking that inevitable tumble in to waiting jaws of reality. And as a result, it's probably one of the best debuts you'll hear this year.