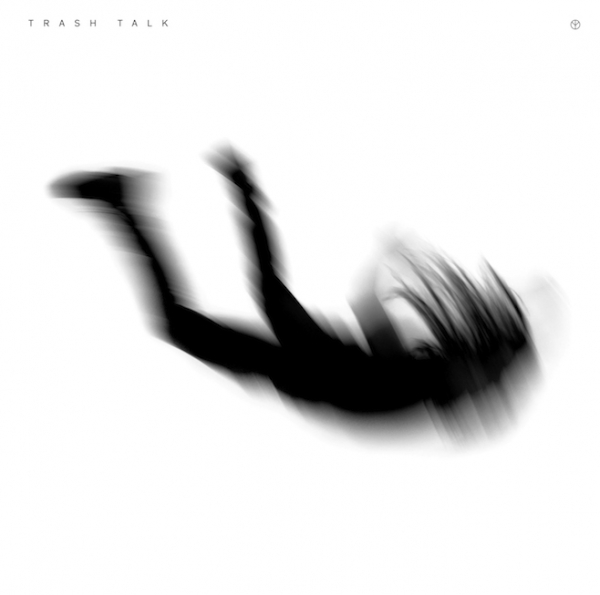 When Tyler, The Creator’s hip-hop label Odd Future signed Sacramento hardcore band Trash Talk two years ago, it felt both confusing and perfect at the same time. Hardcore punk and hip-hop may not sound so similar, but Tyler and Trash Talk share a clear ethos. Both aggressive and angry, carefree and youthful, and happy to show detractors a carefully chosen finger. The band’s first release on the label was their third LP 119, a critically well-received release that sought to prove how they belonged in their new home. Their old breakneck relentlessness replaced with a new kind of stoned swagger; a new-found confidence in their own power.

With No Peace, it’s the record’s aggression and relative abrasiveness that makes its mark at first. Energetic, youthful and loud, it’s got something to say and it’s not afraid to tear its throat out yelling it. 26 minutes long (32 minutes including the bonus tracks, which appear to be on every version of the album) may be the band’s longest output to date, but it doesn’t outstay its welcome. It comes and goes in a flurry of attacks from all angles – Lee Spielman’s yells, incessant drum blows or drilling riffs. If it was a cartoon you’d see only limbs flailing in a ball of dust.

Repeated listens, though, bring out something else. Something much more tangible and long-lasting that previous albums from the band may have sacrificed in their quest for aggression and attitude above all else: this album is just so much fucking fun. It’s an utter blast. It’s combative, yes, but there’s also so much joy in there. The band revel in the music they make, in the violence they create. It makes it hard not to join in.

Lyrically, the album can get hard to follow. Lines occasionally jump out here and there, but it’s far from coherent. “I made mistakes/I did my time”, “Sick of it/I’m fucking sick of it”, “Same old shit/different day”. Bits and pieces add up, and together create a sense of just trying to piece things together; just trying to work it all out. “Sometimes I find myself staring at the sun/like me it’s going to burn out”. It all adds to the tone of the record though; bewildering, abrasive, head-spinning.

No Peace, then, is a stunning achievement. From its intro – a carefully crafted hip-hop instrumental by legendary producer Alchemist that creates the tone so astutely, to it’s end – a track guested by both Ratking crew-member Wiki and King Krule, it’s hard not to get swept up in this record. Its pain is exhilarating. A rush. Loud for the sake of loud is all well and good, but No Peace feels more important. This record is the sight of your own blood that spurs on one last grasp at survival.