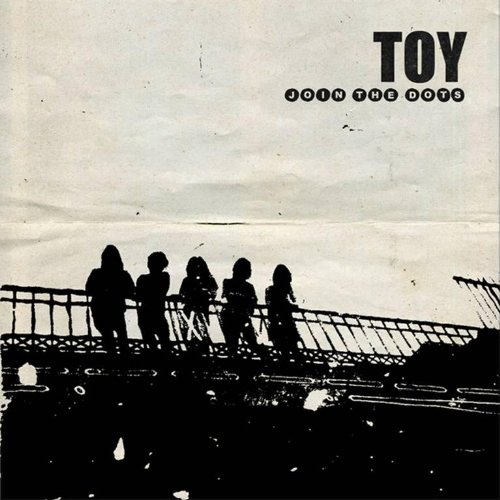 Following relatively swiftly on the heels of their 2012 self-titled debut, Join the Dots continues to make many of the right noises that attracted critical approval from its predecessor. Why is it, then, that the overall effect doesn’t – quite – feel like it comes off in the same way?

So opener “Conductor” starts out with a cosmic ripple and a psychedelic sense of wonderment that augers well for what’s to follow. The wholly instrumental track is compelling and driven by the motoric rhythms that also propel many of the other (better) tracks here. All good so far. Then, though, with second track “You Won’t Be the Same”, the momentum begins to sag.

Along with “As We Turn”, which follows directly on from it, “It’s Been So Long” and, to a lesser extent perhaps “To a Death Unknown”, these tracks all suffer, quite badly, from a vocal that really doesn’t live up to the often thrilling music that is playing out behind it. Low key, unassertive – unasserted perhaps – the contrast time and again leaves a frustrating insipidness where there should be noise and drama.

There are occasions when the vocal, and generally quite obvious melodies, hit the spot. “Frozen Atmosphere” has a nice wistful quality to it, and one of the few arresting lyrical lines (“Only dream in monochrome”). Similarly, the enjoyably electronic “Left to Wonder” has an endearing tone to accompany its ‘80s synths.

Nevertheless, the moments on the album that really shine are almost all instrumental. The opener, for example, or the wonderful woozy MBV-indebted parts of “To a Death Unknown” and “Fall Out of Love”. The latter, with which the album closes, is full of wonderful wig outs and long extended digressions, and is one of its highlights, while ‘Endlessly’ coasts its beefed-up shoegazy noise so that the lacklustre vocal seems to matter less. Title track “Join the Dots” is probably the best summation of what is good about TOY. Opening with a static crackle followed by a snippet of odd fairground organ, it is driven by the pulse of its beat, wiry guitar lines and loud, psyched-up sections as it progresses.

So the issue here is certainly not with the band’s musicianship, or even – yawn – their authenticity. They make a cracking psychedelic, shoegaze noise, and have that knack of taking a track and jamming, extending and expanding it into an almost-transcendent wig-out that has you jonesing for more. The difficulties seem to arise when melody and vocals are expected to step up and carry a track for them. They don’t, much more often than they do, which ends up leaving the listener (or this listener, at least) vaguely dissatisfied.