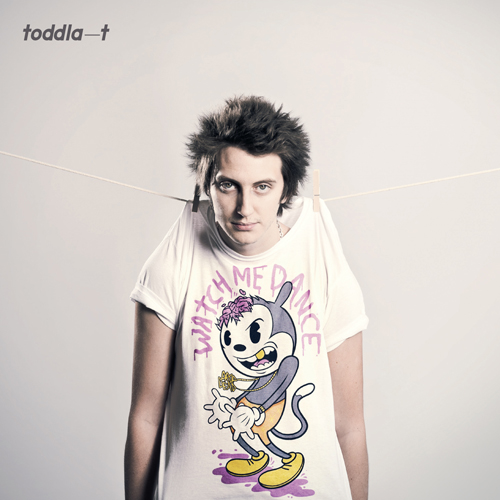 Three years ago, the release of David Guetta’s One Love, brought an LP awash with a host of international artists who sought to diversify from their respective R&B and Hip-Hop inaugurations to the Eurodance aesthetic of soaring hooks; synth driven melodies and ear numbing 4/4 basskicks. (The producer also had his grubby mitts producing the exasperating, fist-pumping fail that is ‘I Gotta Feeling’ that I painstakingly endured in the company of an ex I dumped a week previously…needless to say it wasn’t a good night.) The success of club music in the wider domain was seen somewhat as a recession remedy in the late noughties.

However, two months before Guetta’s release, Steel City born producer and Radio 1 DJ Tom Bell a.k.a Toddla T relinquished his lead and let Skanky Skanky loose. A throbbing record built for the dancefloor, it had a giddy blend of UKG, bassline and bashment. The patois rich intermissions from Serocee and Mr Versatile offered a witty force that added to the debut’s fresh homage to Jamaica and bass echelons of Blighty.

Watch Me Dance is a grown and sexy sequel which Toddla has described as “a record for clubbers but it’s the one they’ll listen to at home with their mates”. The sophomore effort recorded between Sheffield, London and Kingston is a slight detour for the London-based selecta who has sprinkled seminal sound bites, yet, still managed to retain a stellar, supporting cast from the underground.

‘Watch Me Dance’ kicks off proceedings with a gritty wah wah groove and hip-swinging backbeat unashamedly glossed in funk. The UK’s heir to Gil Scott Heron, Roots Manuva starts in unfamiliar territory crooning call and responses (“Move your body next to /to mine”) a la Bowie in his Nile Rodgers chapter. Recent release ‘Take It Back’ with it’s classic hardcore keys and lush rave breaks owes much to R&B legend Shola Ama pensively pining for yesteryear.

On first listen, the LP may sound like a winding mixtape meandering from past to present. However, this time around Toddla T’s bass heavy inception belies a smoother side “I was a bit shy to do it before, but now I’m like, ‘Sod it.” Tinie Tempah clone Maxsta heeds the compere on ‘Cruise Control’. Tinged with a syncopated swing groove and breezy soundscapes, his brash, brigadier bars has the usual rapper’s conundrum of sweetboy or skengman. Kentishman Jamie George adds a light-hearted narrative to his ladyfriend (“I know i’m always talking/like I’m the baddest man in this town”) which serves as the smooth to Maxsta’s bit of rough.

‘Cherry Picking’ and ‘Streets So Warm’ both intersperse the minimal and the mellow. Yet, on the former, Roisin Murphy sounds lethargic on an off-kilter bed and the soundboard sirens fail to rouse emotion. Whilst, the latter, is poignant social commentary (“Who is to be trusted? / The witness or the sarge?”) in the midst of Hackgate. The reverberating autogroans hit home the decaying discrepancies of Parliament and Mr Murdoch.

As Watch Me Dance enters the final straight, Toddla quickly reignites his idiosyncratic penchant for Jamaica on ‘How Beautiful It Would Be’ and ‘Fly’. ‘H.B.I.W.E’ has the patois prophet formerly known as Wayne Marshall boast visions of utopia helped in equal measure by comeback queen Ms Dynamite on a spacious piano driven gospel riddim akin to Serani’s Good Life. In contrast, Lovers rock is in defiant attendance on ‘Fly’. As Morgan Heritage and Beres Hammond sensibilities from bubblin’ horns; omnipresent organs and tailend toasting gently brings the procession to a close.

Forays into the unknown are often left unexplored until most artists third or fourth efforts, yet Toddla T has taken a bold approach on his second album. Watch Me Dance is at times lucid, other times congested, indicative of a young beatsmith still finding his feet. However, Bell has an enviable priestly quality at catering for the ravers and the uninitiated. Alas, while it may not be wholesome, this palatable LP should fill the hole more sufficiently than your inane conveyor belt of fromage.