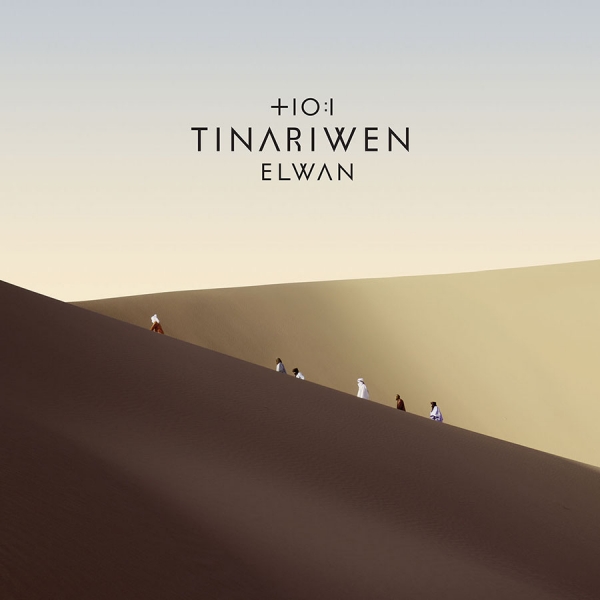 Elwan is a soft, meditative experience that oozes with rebellious indignation. While the mumblings and ramblings of the collective of Tuareg musicians that occur in Tinariwen’s native tongue are barely audible at times, the sense of longing and yearning is palpable.

Undoubtedly, the stories behind the scars on the bodies of the older members of the group - who were trained as soldiers before they found music- permeate into what has been dubbed ‘desert blues’. But this is a different kind of blue, and possibly the furthest point away from the American blues ideal. The Tinariwen version is not about love lost or love found; Elwan is bigger than any one person or individual. This record is about the very ideals that we hold near dear as a society and as humanity that comes at a time of worldwide uncertainty for everyone, including members of the band who've been displaced in their own homeland.

Even though the overall demeanor of the album is one of calm, trance-like unhurried introspection, Elwan is pure rock n’ roll. There is an undeniable swagger and an unfettered attitude of resistance here; no pretension or theater. Perhaps it's the help from Kurt Vile or a host of other notable musicians, or perhaps it's the fact that these gents have held weapons of conflict. Tinariwen are the real deal, and they can accomplish a massive anti-establishment feel sans huge guitar solos.

Elwan shares this commonality with the six other previous releases from the band. But heading in a new direction is not the point at all. We need their voices, collectively, now more than ever.