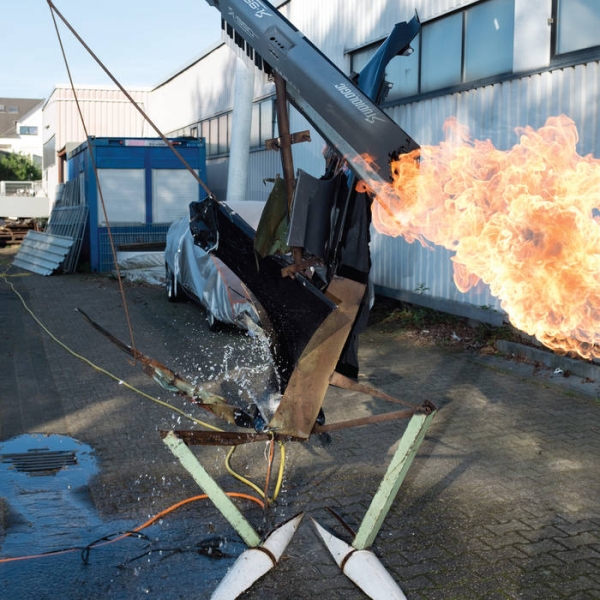 Fresh off his reissues for Haunt Me, Haunt Me Do It Again and Radio Amor alongside his single, “Rose Light”, for Adult Swim’s Singles Series, ambient-noise lynchpin Tim Hecker returns to Kranky for his ninth proper full-length, Konoyo. Largely recorded during trips to Japan where he collaborated with members of the gagaku ensemble Tokyo Gakuso, Hecker is shown stationed in a realm unlike that of his unwavering aesthetic. Similar to 2016’s Love Streams, Konoyo extends that mindful ethos, showing him comfortably on the outskirts in a gentler, meditative state.

Hecker’s work oftentimes unleashes a sense of imminent dread, even decay, but while his particular subgenre evokes themes of fear, he’s contrarily equipped to offer heavenly versions. While Konoyo’s musing components are part of what help fuel its seven tracks, its first, “This Life”, begins rather inversely and is quintessential Hecker – a shuddersome opener that unmistakably casts feelings of apprehension with its warning-like siren howls. But while “This Life” might initially sound like a scrapped Ravedeath, 1972 demo, Hecker masterfully tinkers with its setup, converting it into a distinct track all its own, one that’s not only cleansing in spirit, but strangely holy by its end.

While Konoyo achieves divine quality, it’s Hecker’s meticulous scrutiny of himself that allows new modes of delivery to shine through the confines of his music. This allowance is valuable and shows Hecker more open; he appears rejuvenated, and he’s allowing even more influence into his world. But while not entirely abandoning his methods, those of which that have put Hecker’s name on the map, the cultural elements that flow through Konoyo’s are grander. They hold a mesmerizing quality, offering rumination and peace, which sets Hecker directly in the center watching its beauty unfold. The track, “Is A Rose Petal of the Dying Crimson Light” epitomizes this idea – standing as the album’s most delicate, Hecker contorts sound with icy electronics, then places them alongside remote strings and reimagined woodwinds. While a mismatch in theory, Hecker gingerly attaches these layers, mindful to not overload his tracks. The outcome is wildly impactful, demonstrating he can be just as effective even if he chooses to abstain. “In Mother Earth Phase” is similar in structure as Konoyo’s brightly and most awakening track while “A Sodium Codec Haze” is one of, if not the strongest. Its astral style brings to mind fellow Kranky mate, Benoît Pioulard, particularly his albums Précis and Temper. Here, Hecker gently uses similar touchstones of static walls and flickering glints that are easy to sink into.

While Konoyo shows Hecker further testing the waters, one thing’s for sure: he isn’t stuck, nor does he project it. He’s remained a benchmark in his genre for quite some time now. Whether in Iceland on a recording stint or absorbing Japanese culture, Hecker’s dedication is absolute. He is constant in his search, but what remains riveting is that despite the discrepancies spanning his work, its measure never feels interrupted or fractured; he remains steadfast. Konoyo concludes with its nearly 16-minute closer, “Across to Anoyo”. As harrowing and malevolent as it occasionally is, it also serves as a feasible theory that even during one’s search for restoration and tranquility, existence isn’t symmetrical; it’s lop-sided and a belief that Hecker can unknowingly abide to – that even within the bounds of beauty, there will always be pockets of chaos.