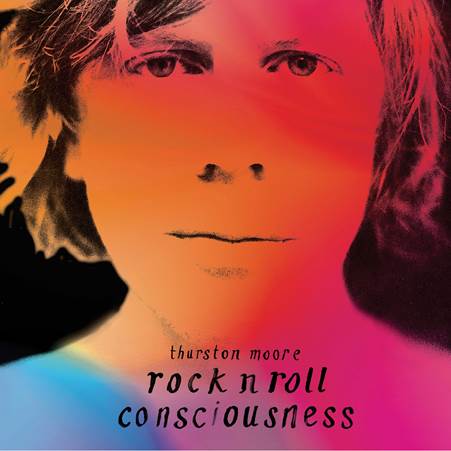 It would be hard for Thurston Moore to escape from his past as singer and guitarist of seminal New York art rockers Sonic Youth, a band whose influence on modern alterntative music can be heard deep within the pulsating heartbeats of countless bands that have spuring up since their inception in the 80s.

With Sonic Youth having come to an end in 2011, his focus since then has primarily been on his solo work. Having concluded two years of touring to promote the 2015 release The Best Day, his new release has seen him stick with the same cast of musicians, which lends Rock n Roll Consciousness a very focused feel.

The album saw a break from Moore’s traditional working methods. Though it was recorded in London and with notable producer Paul Epworth - whose credits include Adele and Coldplay - at the helm, it still feels very much like a Thurston Moore album.

Running to five songs, it may be a record low in tracks, but it's rich with songs that have a natural tendency to sprawl out far past the five minute mark. The discordant ringing, almost church bell-aping opener of "Exalted" has an almost classic feel to its introduction, but soon the guitar-led song snakes towards an intricate wall of noise rich with Sonic Youth’s trademark style. In another signature move, "Cusp" sees long bursts of constructed noise pushed to the fore over a rhythmically motorik backing.

Throughout the songs are consistent in their desire to embrace and use discordance to add further sonic texture, even if such a tactic will secure comparisons to his previous band. Ultimately, Rock n Roll Consciousness is a collection of songs that would sit as comfortably in and amongst Sonic Youth’s back catalogue as they do within Moore’s own solo work. And that's no bad thing at all.