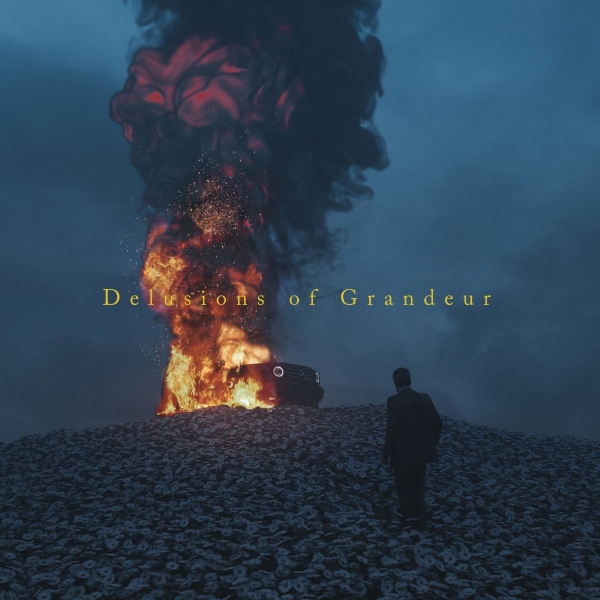 Cathartic rock, a pounding heart and a bouncing head are three elements of modern Irish music that are elevating the scene to the world stage.

THUMPER’s debut Delusions of Grandeur is a roaring record that slaps you in the face. Referencing ultimate ego death, satirising being a “rockstar” and trying to figure out a quarter life crisis, they are a force to be reckoned with.

An eclectic gallop through 10 tracks, the album is everything you would expect from a Dublin based band and more. Poetically poised, you can see their sharp lyrics carved into school desks and scrawled on bathroom walls; crafted by a version of Sid Vicious possessed by James Joyce.

Controlled chaos at its centre, elements of noise rock and grunge tie together the record. THUMPER play around with their sound, working in acoustic tracks such as "Strychnine" whilst also showing you who’s boss on "Overbite". Lead singer Oisín Leahy Foley maniacally laughs on "Topher Grace" as electric guitars are shredded to bits.

"25" is an anthem for all the twenty-somethings who are up against a brick wall of all work and no play. Foley belts out familiar feelings “I’m crooked, I’m crippled, I’m cracked, I’m tired’. The instrumental builds and builds, the power of two drum sets nose to nose as guitars riff in an endless loop. It’s calculated and not overbaked, breaking into a crescendo a world away from the playful opening verse.

The nomadic longer tracks are the band’s stand out pieces on Delusions of Grandeur. The final trio of songs are a twenty minute cherry on top of an outstanding album. They’re paced perfectly and the production is incredibly satisfying as melody and drums crystallise into one rock harmony.

Thumper don't attempt to bottle anger into 60 minutes and sell it to you. They do more than be commentators of our hectic reality. Polished and rapturous, Delusions of Grandeur throws you into a mosh pit of high energy and mischievousness.