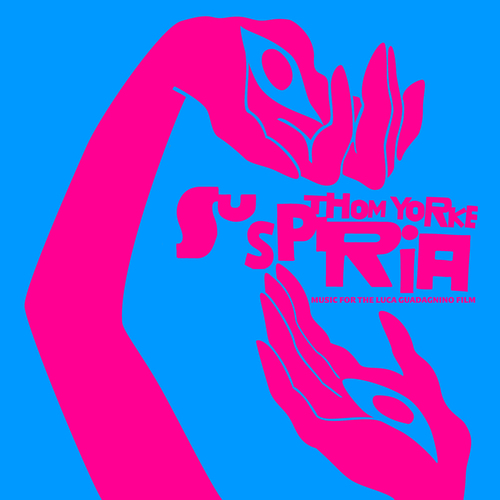 ‘‘Come under my wings, little bird’‘, Thom Yorke croons in tones fit to burst with yearning at one point during his superb, stylistically promiscuous yet cohesive first dab at crafting a film soundtrack.

Were such an invitation cast in the often harsh, glitch-y tones of the Radiohead front man's previous solo works, the feathered friend would most likely take wing and fly off fast. Faced with the hypnotic, often intimate and minimalist templates of Suspiria, you'd imagine the bird would quite happily cuddle up and relax... at least for a little while.

The prettiness and general calmness of some of the material here may come as a surprise, considering Yorke has been tasked with soundtracking Italian auteur Lucia Guadagnino's remake of Dario Argento's lurid, gore-splattered 1977 Euro-horror the album – and the remake – share their name with. Although the luminous, fathomlessly melancholy balladry and the Arctic chill of the stoically grand choral pieces - imagine the mystical rituals of a shady cult on their most benign behaviour, keen to convince a potential new recruit of the righteousness of their celestial vision - gradually give way to more tense and unsettling drones and tones that practically dribble with creeping dread, the result is by some distance Yorke's warmest - and most rewarding - produce away from his the day job.

Less generous souls could argue that's damning a fine record with faint praise. The odd bright spot aside, the electronic abstractions, threadbare productions and sketchy structures of Yorke's two solo albums to date - The Eraser from 2006, and 2014's Tomorrow's Modern Boxes - have suggested a studied avoidance of the songwriting depth and rich nuances that have sustained Radiohead through numerous, often radical stylistic shifts; it's almost as if Yorke has knowingly chosen to aim squarely for the brain rather than the heart whilst indulging all his least compelling impulses and interests when working solo. “Supergroup” Atoms For Peace's self-titled record avoided such isolating, icy jitteriness, but again the overriding impression was of a masterful songwriter suddenly embarrassed with their immense gift. Suspiria, on the other hand, often reaches for the impressions of human warmth and bittersweet contemplation that turned Radiohead's latter-day masterpieces In Rainbows (2007) and 2016's A Moon Shaped Pool into such an unexpected treat from a band often associated with angst-y, world-weary gloominess.

The challenge of discussing a soundtrack without seeing the film is that it's impossible to know what the images these sounds are meant to support actually look and feel like, and whether Suspiria the album succeeds in its intended purpose. Considering the typical trajectory of a horror flick, you might expect the kind of nightmarish, red-tinged fragmentation band mate Jonny Greenwood recently cooked up for You Were Never Really Here. This makes the album's gorgeous couple of piano ballads (the haunting, intensely pretty "Unmade"; near-title track "Suspirium", complete with a fluttering flute that nods towards both Dungen and the folk-horror genre exemplified by Wicker Man, both every bit as moving as Sufjan Stevens' shiver-inducing songs for Guadagnino's celebrated previous film Call Me By Your Name), with Yorke floating weightlessly at the very top of his register, such a thrilling surprise. On a less ethereal note, the skeletal, sturdy thud of "Has Ended" essays murky and magnificent subterranean trip-hop, whilst the whirling guitars of "Open Again" deserve to go on for much, much longer before being submerged in static.

Elsewhere, Suspiria takes a turn for more abstract and decidedly eerie, experimental terrain. Whether dabbling in minimalist modern classical or uneasy ambient for piano and strings, essaying a thorough understanding of electronics that balances between homages to bygone originators (the film is set in late '70s Berlin and it doesn't take a great deal of effort to imagine subtle homages to such German proto-electronica/ambient pioneers as Cluster and Harmonia) and cutting-edge techniques, dipping into scorched-earth, hallucinogenic Americana or diving in head-first to monolithic drones (the immense, disorientating, 14-minute study in escalating panic "A Choir of One"), Yorke manages to make a bewildering array of reference points cohere and shine. There's even (possibly) a nod towards the maximalist battery of Goblin's soundtrack to the original 1977 film amidst the shape-shifting prog-electro of "Volk", if only in the composition's multi-layered, restlessly shifting gear changes, sustained by what sounds like steel drums possessed by evil spirits.

The remake of Suspiria has received decidedly mixed critical reactions, with some labelling it indulgent rubbish and others applauding its twisted vision. Suspiria the soundtrack is unlikely to suffer a similar fate: it achieves the toughest task for a soundtrack - to maintain interest independent of the images it was built to accompany and accentuate - with impressive ease.