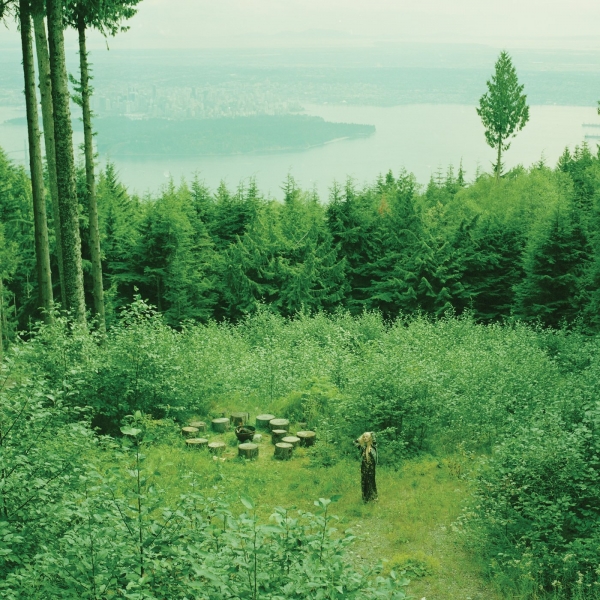 Variety is the spice of life, and going from a boiler-suited nightmare trio to something erring closer to chilled-out summer rock vibes is one way for Then Thickens’ Jon-Lee Martin to reinvigorate the spirit.

For those not familiar with Martin’s previous track record, I invite you to take a gander at Kong – a band once experienced by Future of the Left’s Andrew Falkous, who said: “The first time I saw them play I felt a burning sensation on my arm and realised that I had developed eczema.”

Those who dig a bit deeper will find an interview with Martin on The Quietus, published in 2011, when Then Thickens was nothing more than slowly germinating seed for the artist formerly known as Magpie. There, he shares his struggles with a painkiller addiction, booze and drug-heavy weeks on tour and schizophrenic traits that saw him unable to distinguish between Jon-Lee Martin and the “naughty” rampages of the masked Magpie.

None of this is as irrelevant as it first may seem. Those years spent thrashing about beneath the terrifying veneer of a translucent mask have thoroughly informed the 11 lush moments of charm and honesty found on Death Cap At Anglezarke. It’s blissfully ideal for a moment in the year when we’re starting to get used to the comforting warm embrace of the sun. The lo-fi pop trappings of “Ritalin Love” bring to mind hazy summers spent worry-free listening to Weezer’s Blue Album, its bright production masking a musician processing a former lifestyle that came close to self-destruction.

The whole album exhibits a succinct sharpness, with little left to waste. With Then Thickens originating from Martin’s solo drive to find some balance in his life this should come as no surprise, but Martin’s recruitment policy has seen him gather a group of musicians – including Rolo Tomassi alumni Joseph Thorpe – who sway majestically in rhythm to his worn, but soothing, vocals.

The anthemic “Heaven Won’t Wait” kicks things off with a palpable sense of drama, swiftly stirring into life like a butterfly emerging from its cocoon. And, despite the airy sonic atmosphere, Martin doesn’t shy away from stormier thematic clouds in his lyrics. “Any Other Thing”, with its allusions to whiskey and cocaine reads like an apology letter from an individual squaring up to – and vanquishing – his demons.

Lead single “Tiny Legs” is perfect pickings for a bit of radio exposure. A galloping pace sets the precedent, as Martin and Helen Thorpe complement each other’s vocal peaks and troughs. Then, halfway through, things burst into rapturous oohs and aahs reminiscent of Fang Island, eventually drifting towards a buzzy conclusion. It’s by far the sunniest cut on the record, and would be well served floating across barbecue-scented gardens and parks in the near future.

Death Cap To Anglezarke is a rehabilitation album. On the surface it is bright, full of ever-greener grass, but Martin’s prose ensures this is much more than an idyllic stroll through pastures new. There’s a darkness here that separates Then Thickens from many of their contemporaries, and which reward repeat listens as you realise this is much more than an album to bang on in the background during a summer gathering.

It’s startling how that interview three years ago seems so prescient as Then Thickens finally come out of the shadows to release their debut. Back then, Martin told The Quietus: “It’s got me into writing weekly again which I hadn’t done for a long time; I was just floating around stoned on pills. Now I’m out of it I’m dreaming a lot and writing a lot, trying to be healthy, trying to diet. It’s a complete opposite to what it was.”

He’s not wrong – Then Thickens are far removed from the carnival terrors of Kong, and perhaps all the better for it. Death Cap To Anglezarke is a wonderful record; the kind you can feel was formed out of a musician’s determination to heal his wounds and all the struggles that entails. As someone who revelled in Kong’s theatrics, this record is a stark reminder of the sacrifices that go into putting sounds to tape – and the power of music to fight the darkest of days.