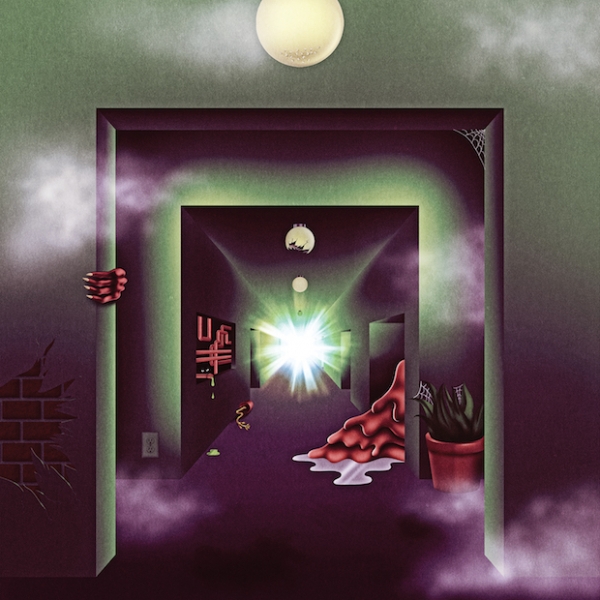 Psychedelic rock has witnessed a recent rise in popularity over the last few years, with bands such as King Gizzard and the Lizard Wizard, The Wytches and underground hero Ty Segall – who’s gained a more widespread fanbase - becoming entry points to the genre for new fans. But if there’s one thing that ties all these bands together, it’s the influence Californian garage-rockers Thee Oh Sees, whose blood lies in the veins of all the psychedelic contemporaries.

The band has seen several line-up reinventions since their 1997 formation – they’ve even had a couple of ‘transitional’ periods - but one thing that’s always remained constant is their carefully-crafted and frequently-emulated sound. They have no right to be as good or consistent as they are – essentially, they sound like astronauts taking acid in outer space and recording the torturing a stray cat before coating it in an unprecedented amount of distortion - but their new album, A Weird Exits, is a further demonstration that a constantly evolving band line-up doesn’t necessarily have to mean a constantly evolving sound.

As a result, there isn’t much to separate A Weird Exits from its 16 predecessors, although it does take elements of their renowned sound and push it to its limits like never before. For example, take “Jammed Entrance” and “Unwrap the Fiend Pt.2” – they’re both almost entirely instrumental tracks around the five-minute mark that play into the band’s heavy reliance on reverb and distortion in order to create a strong sense of darkness and unsettle the listener. They then strangle this feeling until it can’t breathe by elongating the song, and its desperation, for as long as possible - the lack of vocals feels like it personifies the song’s struggle for breath, while simultaneously forcing the darkness upon you by not giving you any distractions in the form of lyrics to listen to.

Immediately after “Unwrap the Fiend Pt.2” comes “Crawl Out from the Fall Out”. It’s another predominately instrumental track that deliberately drags near the eight-minute mark, as it embodies the painfulness of the fall out and the desperation that comes with crawl out in order to become one of the albums most vulnerable moments, albeit via a highly abstract and warped sense of vulnerability.

The fact that the album is seemingly deliberate in its potent isolation and airlessness is its appeal and its downfall in equal measures. “Dead Man’s Gun” and “Ticklish Warrior” get the album off to a quick and relentless start, but the cracks start to appear as the album progresses – the songs only get longer and longer and start to lose their focus as a result. “Plastic Plant” and “Gelatinous Cube” may flirt with paranoia before they dance with darkness, but the fact that they’re a little bit too creepy and have a tendency to not know when to stop talking ensures that they still go home alone.

They still have the warming company of the rest of the album, though, and it’s an album where each track picks up where the last one left off, like childhood best friends finishing each other’s sentences – not even a constant change in the band’s line-up can disrupt the fact that the band clearly knows its sound inside out. But, at its core, A Weird Exits is nothing more than a 38-minute prang out - it’s not a massive reinvention and it does generally lack the constant flow of melody that makes their previous work so irresistible. Having said that, they sit on the proverbial psychedelic throne for a reason; they’re trendsetters not copycats – there may not be a lot of versatility in their arsenal, but that’s because they’re already the best at what they do, so there’s no need for them to change.

A Weird Exits may not have tracks like “Web”, “Enemy Destruct” and “Block of Ice” – the kind that inspired all your favourite contemporary bands – but it does have one true standout in the form of the album’s finale, “The Axis”. It’s an utterly beautiful track in the ugliest of ways, coming across as Castlemania’s “If I Stay Too Long”’s long-lost cousin under the influence of Drop’s “Put Some Reverb On My Brother”. And, after an album crawling in creepiness and often-confusing claustrophobia, “The Axis” is a fitting ending – it serves as a deep breath of fresh air suggesting that, even after all these years, Thee Oh Sees still might have something new to say.