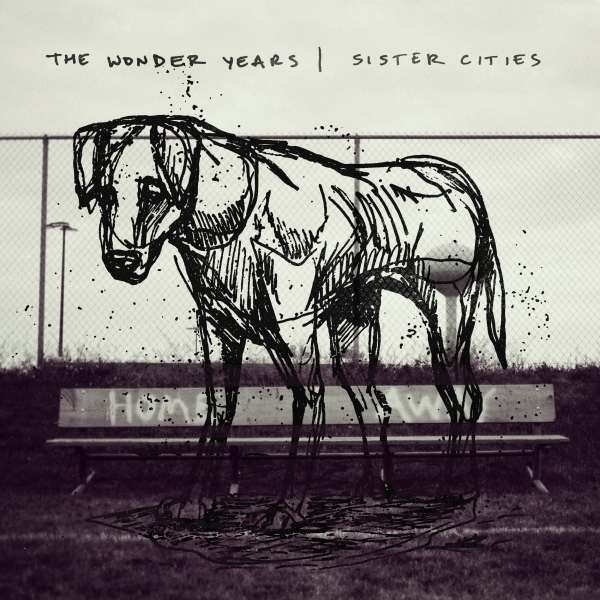 ​​Whenever anyone mentions The Wonder Years, I’m instantly taken back to being at uni, where Get Stoked On It was often the soundtrack to the rare handful of warm days Leeds gets each year.

I never dug much further than that however, so it came as something as a surprise to find that not only is Sister Cities the band’s sixth album, but The Wonder Years clearly aren’t the same band that soundtracked fleeting summers several years ago. The band have matured, and grown up; no longer is their staple diet pizza and pop-punk. Instead, Sister Cities is a sullen, brooding album in which the optimism of youth has bled out, replaced with a cathartic cynicism and gut-wrenching heartbreak. Combining introspective alt-rock with blistering post-hardcore, it’s obvious that The Wonder Years are a band scorned and their doing their damnedest to let you know about it.

Setting the tone immediately, "Raining in Kyoto" is a takes-no-prisoners opener that rolls in a pounding drumbeat before exploding in to the sort of blistering catharsis of later Movelife material. Elsewhere, the catharsis that Sister Cities harbours is continued through the eponymous title track, and "Heaven’s Gate (Sad & Sober)".

It’s not all gut wrenching frustrations being exercised however. "It Must Get Lonely" feels optimistic in comparison to much of the album; its buoyant verses a contrast to the despondency that features elsewhere. "Flowers Where Your Face Should Be" is another example of one of Sister Cities' more subdued moments. Though sombre in tone, delicate guitars provide the track with an airy sense of nostalgia, providing listeners with a brief moment of respite.

For the most part however, Sister Cities is a record that feels born out of frustration, and of heartbreak. Its 11 tracks taking listeners on an rollercoaster of emotional peaks and troughs, and by the time the closing moments of final track "The Ocean Grew Hands To Hold Me" ring out, you can’t help but feel bruised, beaten and above all cleansed.