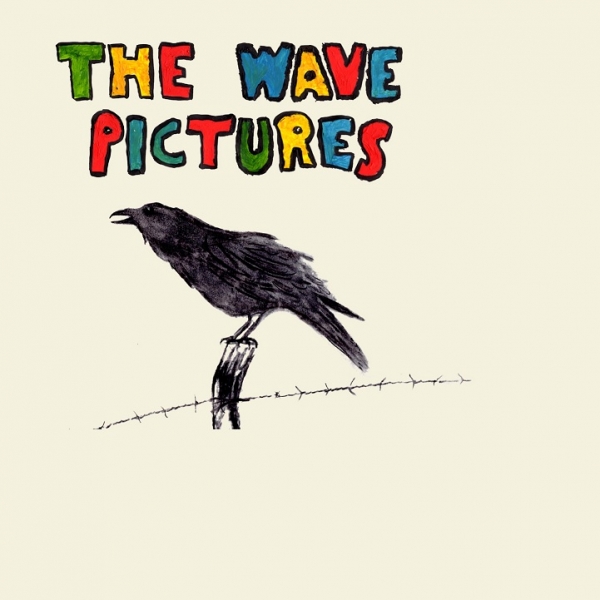 Nobody can deny The Wave Pictures‘ work ethic; this is their fifth studio album in as many years and their biggest yet, a double album which clocks in at over 90 minutes. City Forgiveness was born in America as the band spent six weeks driving across the country for shows last year, a time in which vocalist David Tattersall scribbled down“anything that popped into his head” and these two factors shape the album considerably.

City Forgiveness isn’t an Americana record as such, but it draws a lot of inspiration from the open road and that disconnect from reality which travelling can bring… and it has some serious guitar riffs. Opener “All My Friends” is a whiskey soaked groove which warps around Tattersall’s cries of “All of my friends are going to be strangers, all of my friends are going to get strange”. The sound combines spiky guitar rhythms with bluesy swagger while his voice, with its consistent subtle undertones of anguish, elevates many of the songs. His lyrics combines the sincere and the sarcastic to sublime effect and his flair for phrases loaded with dark wit, charm and emotion is really shown here.

The lachrymose guitar solo on “The Yellow Roses” sums up the band in some ways; technically not the most mind-blowing but it sounds fantastically raw and will cause even the most steely faced listeners to break out their air guitar fingers. A similar sense of fun runs throughout the album and it’s this which offers the most; the jazz twists of “Atlanta” shows they still have a spark of invention and closing track “Like Smoke” is among the best in their canon, a languid but uplifting ballad for the journey home. On occasion it has the loose joyous feel of a jam session rather than a highly methodical two disc album.

As with any double album there are a handful of tracks which could have been cut; “The Ropes” is energetic but a bit formulaic and lacking the wit found elsewhere, highlighted by its position sat between the rampant brass wailing of two of the album’s most vivacious cuts (“Shell” and “Narrow Lane”). “Golden Syrup” is a bit sickly sweet, and this is a problem which also dogs tracks like “Before This Day” and “The Inattentive Reader” to dampen the overall experience.

This album has nostalgia scratched into its skin, not in some moribund yearning for the past kind of way but simply as an accumulation of experiences – when compared to their ‘proper debut album’ Instant Coffee Baby it becomes clear just how far the band have come. This does feel like an album of transition – about the journey rather than the destination and its more sophisticated moments point towards the idea that The Wave Pictures are a band which are only going to get finer with age.