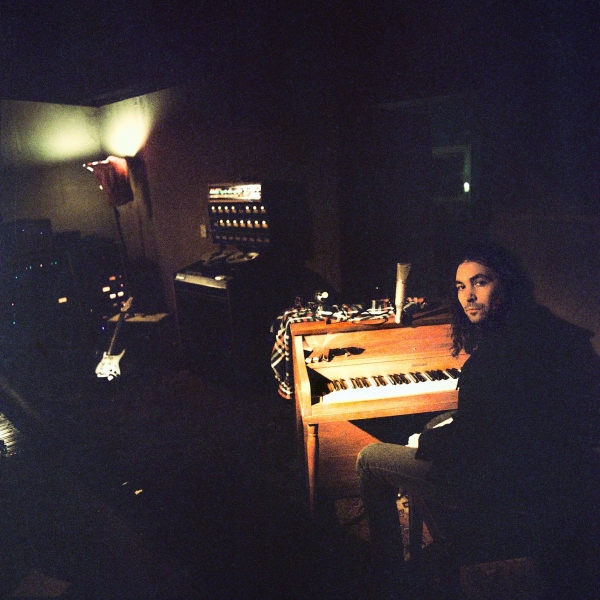 The namesake of the fourth studio album from The War On Drugs can be found amidst “Pain”, the latest single to be revealed before its proper release: “I’m aware you’re tired and lost / Like a demon in a doorway, waiting to be born… Pull me close and let me hold you in / Give me a deeper understanding of who I am”.

Coincidence or not, that the return of the Philadelphia band should be found within ‘pain’ is fitting, since the most profound aspect of Adam Granduciel’s project, and thus the core reason for its far-reaching appeal, is its distinct and timeless way of turning worrying and heart-rending demons in on themselves in a sort of blissful, cathartic explosion.

2014’s landmark opus Lost in the Dream realised this ability gloriously and crudely, remedying the abstract and fragmented thoughts of the Romantic by either welcoming them face-on and mindfully, as in “Suffering”, or by pushing them with a driving sense of direction and purpose, as in “Under the Pressure”, where anxiety and tension turn into whopping and whooping energy.

Of course, the latter has brought the band cliched associations of music made for cruising on the open road, a result of the romantic connotations of their Americana and Springsteen-esque Dad Rock and the motorik, Kraftwerk-esque rhythms that drive each song. But this is something Granduciel and co. embrace, and continue to celebrate on A Deeper Understanding.

From the start of the record we're hit with a reinvigorating force, with the fuzzy Richter Scale synths of “Up All Night” anticipating the staccato burst of bass and drums that soon follow. But it’s “Holding On” that steps it up a gear, quite consciously in fact as Granduciel sings “Hiding in the seams, I keep moving past / Feel like I’m about to crash / Riding the same line, I keep keeping on, yeah”. It’s not about running from your problems, but not letting them stop you in your tracks; a saccharine idea, but one that works for the band, and the track's video visualises it tastefully.

Interestingly, it’s as if the production of the album necessitates that it be played only loud and heavy; at times, as on the highs on the guitars of “Pain” and cinematic closer "You Don't Have to Go", the compression is so high that headphone listening simply doesn’t do it justice. Though it’s a tad too much here and there, it works perfectly to depict the gossamer sheen on the record’s slow-burning highlight “Thinking of a Place”. At eleven minutes long, this delicate epic marked the return of the band as lead single and Record Store Day release back in April, and is one of Granduciel’s most poetic works to date, as the opening sounds of Wurlitzers echo the light changing on the water “where birds above had flown”. The singer struggles to place himself in space and time, leaning on imagery of limbo - the space between dreams and reality, night and day, sleep and awakening - until eventually transfiguring as if through baptism: ‘Lead me through the light / Pull me from the water / Hold my hands as something turns to me’.

Though elsewhere this repeated kind of imagery tends to make Granduciel’s lyrical power a little too cloudy and vague to hold on to, its effect mirrors the revisited questioning of and search for reality or “the real thing”.

After the release of Lost in the Dream, Granduciel admitted that the cabin fever of the seemingly endless recording process at times made him physically sick, but this time round he seems a little more at ease. In a recent interview with Pitchfork, he explained how although an original demo of “Thinking of a Place” was lost after a computer crash, “it was one of those weeks where - since inspiration can be so fleeting - I was excited because I just felt like something was going on and I wanted to keep working. So I had my one-inch [tape] machine there, which is the machine I used for eight years before, and I came up with “Thinking of a Place” very quickly that afternoon". Of course, he then goes on to mention how the song was tweaked slowly but surely over eight months, and it wouldn’t be a War on Drugs record without months of marinating, where a chord change here or a middle eight there can change the song’s trajectory of meaning, as with “In Chains”, which suddenly turns from an afterthought of “Thinking Of A Place” into its own anthem.

A Deeper Understanding doesn’t seem to arrive at any conclusions or answers to the questions of self and suffering that Lost in the Dream addressed, since they are inherently unanswerable. For The War On Drugs though, the importance has always lied in the journey, and this powerful record proves that the band has no signs of stopping along the way.