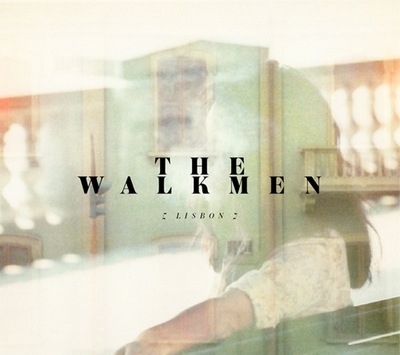 Ah, The Walkmen. Let’s get it out of the way shall we? Best known for ‘The Rat’ and for, on the whole, not writing any other songs that are quite of that calibre, but then that takes us back to the old Joseph Heller quote regarding why he hadn’t written another book as good as Catch 22; “Who has?”

For those who have bothered to look closer, then maybe it’s fairer to say that The Walkmen have always been capable of moments of brilliance. Sometimes, however, these moments sit on albums which are a little more disjointed, aloof works that at times struggle to hold together as a whole. 2008′s You and Me came closer than ever to the mix of atmosphere and cohesion which the band appear to have been striving for and now Lisbon sees them release their most accomplished set to date.

Once again, front man Hamilton Leithauser’s rasping growl is the focal point of everything The Walkmen do, and his voice is remarkable for being at once so distinct and at the same time able to change character and mood from song to song. The opening croon of “Your someone else, tomorrow night/doesn’t matter to me” of ‘Juveniles’ sets the scene for Hamilton, the heroic loser, and though there are moments of rage and openings to unleash venom, unlike on previous records the indignation and frustration is focused on his own failings. Take ‘Victory’ – an ode to letting that moment slip through your fingertips, its chorus with its wail of “Victory – right beside me/Victory should be mine”, while ‘Woe is Me’ does self pity with gusto and a hint of vitriol.

But, as was increasingly apparent on You and Me, it’s the quieter more tender moments that can be even more intriguing; ‘Blue as your Blood’ is gorgeously measured and is followed by the horn drenched waltz of ‘Stranded’ as Leithauser opens with another gloriously defeated line;“throw another dime in me my friend/and I’ll sing another song for you”. The former features some twanging Sun records guitar work and this ultra-treble clang is integral to the record, popping up on ‘All My Great Designs’.

Some hardcore fans may miss the sinister overtones that were more apparent on previous albums but despite it’s themes of disappointment and defeat Lisbon is an utter triumph, a record that has enough hooks to keep you coming back and delivers to an extent the band haven’t managed previously.