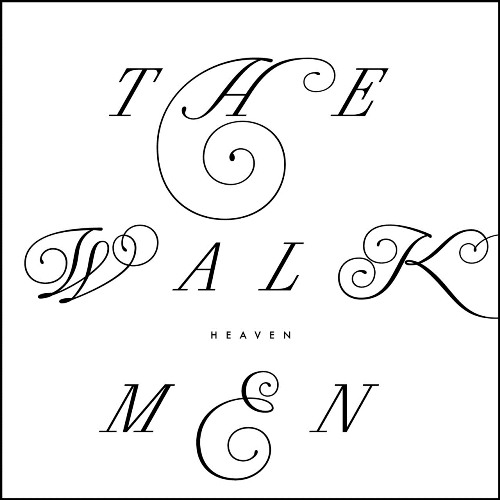 In a continuing abandonment of the raucous in favour of the luscious, Heaven sees The Walkmen in the most comfortable, healthy, happy place they’ve been in at any point in their admirable decade-long career. Finding themselves thrust onto most people’s radar with the success of 2004’s rasping indie disco classic ‘The Rat’, they’ve since gone on to cement their place as one of the most dependable guitar bands active today precisely by virtue of the fact that they’ve striven to develop strings to their bow that see them very rarely these days relying on power or aggression to deliver their point. An excellent song though it is, ‘The Rat’ would sound completely out of place on Heaven.

For there is very little cacophony about this glittering gem of a record. On first listen, this can lead to it sounding ever so slightly over simplistic, but repeated visits reveal the charms of an LP on which subtle melody is revealed as something over which The Walkmen are increasingly becoming quite the masters. The gentle acoustic meander of ‘We Can’t Be Beat’ sets the tone for an album that builds in prowess with each number – as with every song here, there’s something to love about it, and it matters less and less with each spin that the thing to love about each song is essentially the same thing. On Heaven, The Walkmen might only do quietly shimmering melodies over uncomplicated but never obvious chord progressions, but damn, they do it really rather well.

Whilst the band here eschew rollicking riffs in favour of a gentler, more textural approach, singer Hamilton Leithauser sits front and centre in the mix with a pronounced croon that has come to suit The Walkmen’s work a treat. On standout moment ‘Heatbreaker’ he does as good a job of being Richard Hawley as Richard Hawley has ever done, and ‘Southern Heart’ sounds for all the world like something that could have slotted onto The Songs Of Leonard Cohen, in everything from its sparse instrumentation to its vocal delivery and lyrics that elevate smut to philosophical levels. He only really hits top register on the closest thing the record has to a rocking moment – ‘The Love You Love’ – with the rest of proceedings being conducted in a far more calming manner. Whilst the band shimmer, Heaven sees Leithauser really shine.

And, to be honest, so it continues – Heaven is not a particularly diverse record, it’s just a really lovely one. Whilst accusations of it being “samey” would have some truth to them, its sonic coherence really does lead to it hanging together like a dream, and once tunes like the effortlessly pretty ‘Song For Leigh’ are in your life it’s difficult to complain about their presence simply because they bear a fair resemblance to another fine number like the title track, for example.

In a world where guitar bands having seven album, ten year careers is becoming increasingly unheard of, it’s good to remind yourself how lucky we are to have The Walkmen. And reminders of their charms couldn’t be more welcome than in the shape of a record as inviting as this.