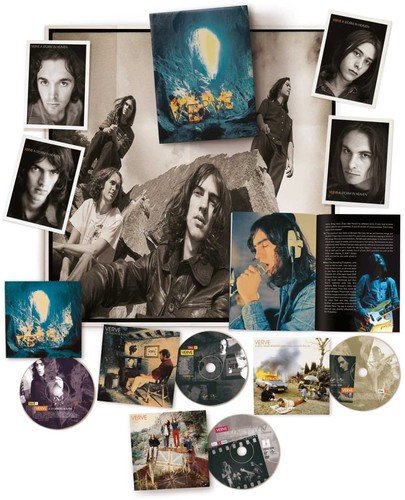 At the height of their fame The Verve were synonymous with Britpop, a scene that ironically they were an inspiration for. However, an untimely split after their second record meant it took them longer than their peers and the bands that came after them to reap commercial success.

Over the course of their first two records and before the crossover success of their third, Urban Hymns, The Verve moved from a band who played freeform psychedelia to a more muscular space rock that added ballads and strings to the mix. A Storm in Heaven and A Northern Soul, the sound of them at their creative peak, now get a welcome boxset re-release.

Whilst what would prove to be their undoing as a unit - singer Richard Ashcroft’s desire to be a singer-songwriter - can be heard across both records, the magic here is the chemistry between the four players. In Ashcroft they had a frontman with mesmeric star quality, but equally important was Nick McCabe’s incredible guitar-playing and the supple funk of the rhythm section, Simon Jones and Pete Salisbury.

Their first three EPs, released in 1992 and all included here, defined their initial aesthetic, beautifully atmospheric and spaced-out songs, such as the delights that are “Feel” and “A Man Called Sun”. When they came to record their first album, 1993s A Storm in Heaven with John Leckie, they apparently had little in the way of finished material. Consequently they spent two months isolated in Sawmills studio in Cornwall, which can only be reached by boat, finding songs like the mercurial “Star Sail” through extended jam sessions.

In addition to the more improvised songs The Verve were also casting a covetous eye at the charts. The huge choruses of ”Slide Away” and “Blue” were their first shots at writing hit singles, Ashcroft was disdainful of the indie scene and wanted mainstream success for the band. The majority of the songs of A Storm in Heaven weren’t going to give him that, “The Sun, The Sea” and “Butterfly” feature delirious saxophones, the Tim Buckley folk of “Virtual World” dared to use a flute, that most unfunky of instruments, but as a body of work they’ve aged remarkably well.

There were also clues as to where The Verve were heading. The acoustic takes on “Butterfly” and “Virtual World”, as well as album closer “See You in the Next One (Have a Good Time)” were the origins of the troubadour Ashcroft wanted to be, yet the input of the other players allowed him to be genuinely creative with the format. 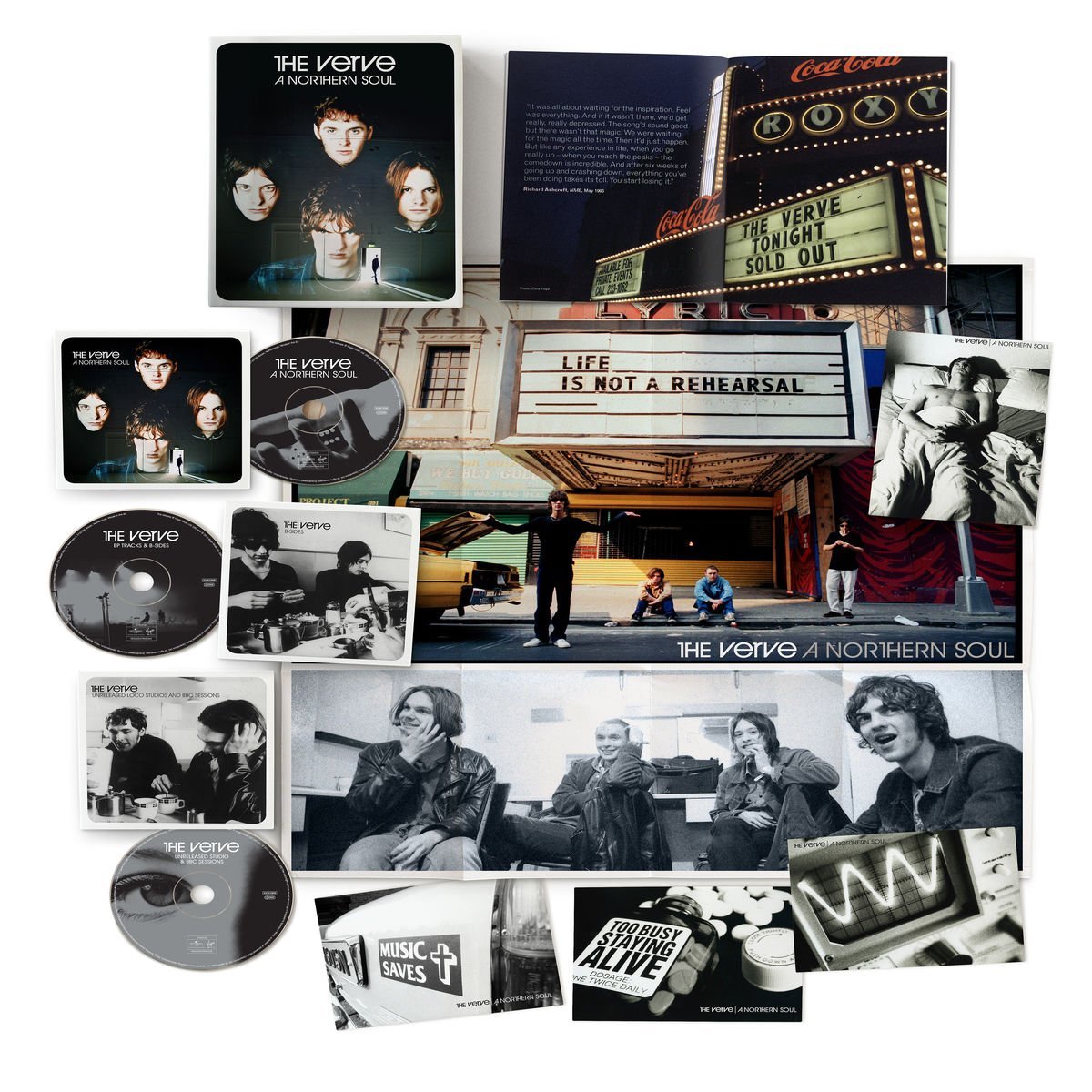 On 1995s A Northern Soul they installed Owen Morris, flush from the success of Oasis’s Definitely Maybe into the producer’s chair. Rather than including unconventional instruments they instead focussed on writing incredible rock music. The opening “A New Decade” and “This Is Music” were streets ahead of the meat and potato fare their friends Oasis were writing, as well as gloriously psychedelic moments, “Brainstorm Interlude” is pure Pink Floyd space rock.

There are two songs on A Northern Soul, the beautiful ballads “History” and “On Your Own” that get to the heart of their initial split. Ashcroft was establishing himself as a songwriter of note, but the problem was his balladry left little room for McCabe’s stratospheric guitars. Something had to give and it was the guitarist. Tellingly the artwork for “History” was a picture of them sat underneath a billboard featuring the words “All farewells should be sudden.”

After initially demoing what was to become Urban Hymns with Salisbury and Jones, Ashcroft was told by Leckie that the magical element – McCabe’s guitars - was missing. He was recruited back into the fold, yet Ashcroft has since said this was a mistake and that McCabe merely added guitar parts to finished arrangements. That’s somewhat disingenuous, given that the additional songs on A Northern Soul feature nascent takes of material that would appear on it. “Funky Jam” is a slowed down version of “The Rolling People”, the music to which also appears on the coda of an early take of “Come On.”

There’s a wealth of material on the box sets, a live concert DVD, booklets and seventy-four songs in total, including B-Sides and unreleased material. The highlights of the previously unheard songs are the lovely “Shoeshine Girl” and “South Pacific” from the A Storm in Heaven sessions. The former a sparse, acoustic track, was perhaps too light in feel to fit on the record, but the latter, a drone-like mantra, is so good it’s baffling it didn’t make the cut.

A Storm in Heaven and A Northern Soul helped to create the blueprint for Britpop, in which they belatedly and deservedly achieved mainstream success with Urban Hymns, but by that time the last gang in town mentality was replaced by a frontman on a mission. The Verve never sounded as brave, experimental or better than they did here.