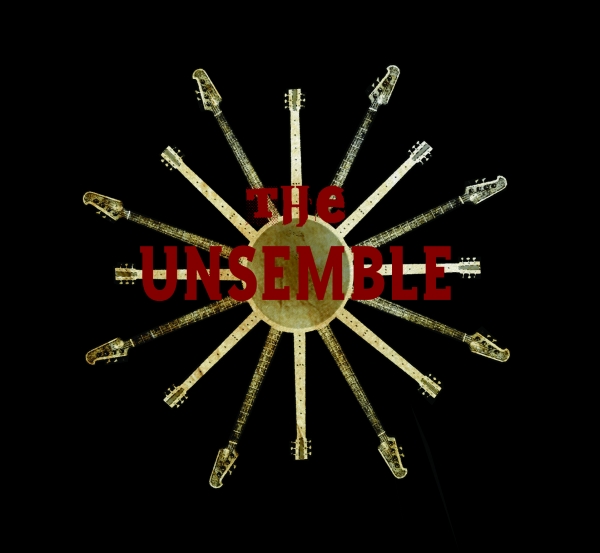 I’ll say one thing for The Unsemble: they have gone and achieved what I thought was verging on the impossible – making an improvised album that is deathly, tragically dull.

This lot came with excellent chops as well; Duane Denison plays guitar and keys with Mike Patton’s rather excellent experimental mob Tomahawk, then we have Alexander Hacke from bloody Einsturzende Neubaten for god’s sake on bass and errr Brian Kotzur who’s played drums for those noted improv kings Silver Jews. You’d think that even if the improvised pieces didn’t come off (and they really don’t, blimey they don’t) the, and I quote from Ipecac’s site here, “carefully composed and arranged” pieces might have a touch of verve about them? Nope, nothing to see here. The Unsemble is an album that sounds like it was phoned in from a bunch of guys who clearly think they just have to turn up to the studio and the magic will flow instantly from the fingers of these master craftsmen.

“Improv 1”, “Improv 2”, “Improv 3”, “Improv 4” and “Improv 5” (a nice way to waste five tracks, fellas) all fail in their attempts to be either fascinating and unsettling industrial clatters or ambient interludes and instead become Costcutter versions of Liars’ wonderful Drum’s Not Dead album. That little collection is a prime example of what gives improv a bad name; pointless dirges, turgid and tired playing made even more miserable by some dire production.

Oh, the production! Take “Circles”, a track of what should be primal drumming and menacing cyclical guitar lines anchored by some weighty bass…and ends up with the flattest of percussion, bass way down in the mix and Denison’s guitar sounding offensively tinny. The funereal march of “Chaingang” verges on the inaudible, while the twanging guitar on “Shadows”, uh, overshadows what are probably quite propulsive bass and drums. It verges on the amateurish at times, it really does.

A couple of bright spots save The Unsemble from getting both barrels, though. “Act 3” does create an excellent groove through finger clicks and rumbling elastic bass, and “Neon” achieves something kind of cinematic as it begins with a creeping John Carpenter motif before heading off into Explosions In The Sky territory.

There’s too much great music around already in 2014 to waste precious energy on anything that doesn’t fall into that category….yet I really think someone should tell The Unsemble just how disappointing their efforts have been. The Unsemble isn’t an album that makes me angry, it’s just such a letdown given the background of Denison and Hacke in particular – they should have known better. The lesson learned is this: never assume that name and reputation will always equal quality. Shoulda, woulda, coulda…