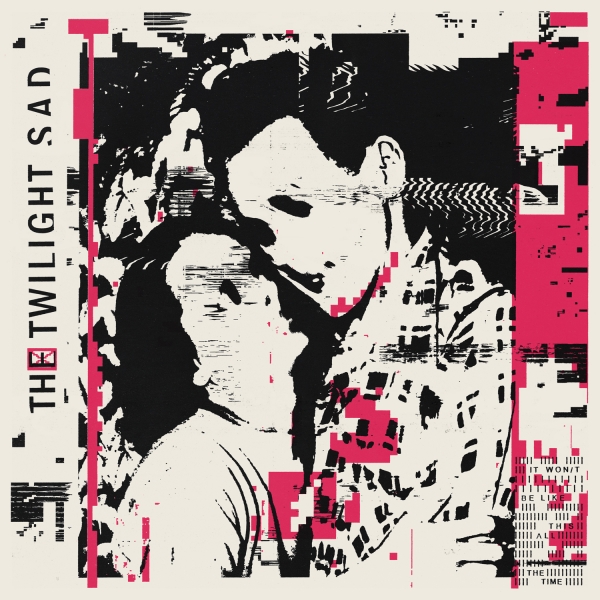 Scotland can be a dreary place.

I say this not as someone who visited once and was soaked to the bone on the streets of Glasgow, vowing never to return; but as someone born and raised here, who can honestly swear that on countless days walking the streets of my hometown, it has been impossible to distinguish where the cold granite of the looming buildings end, and the leaden sky begins.

Still, as a country, a beating heart of positivity endures; humour wrestles sadness, dreams replace sorrow. For every day of driving, sideways rain there is a breath-taking sunset; for every howling gale, a clear, starry night to counter.

This constant tussle between bleakness and beauty may be the reason Scotland has produced so much miserably uplifting music. Perhaps more so than any other, The Twilight Sad encapsulate this weird dichotomy. Everyone’s favourite merchants of gloom meet the darkness head on, dragging you with them, yet always sticking close by as the cold, orange light of day emerges.

There was a genuine fear among fans when, for a period, it appeared the group may be close to calling it a day. Such is the devotion they instil, an impending sense of grief set in; something of which the group's lead singer James Graham seems all too aware: “We have also realised that what we’re doing matters to other people. When our music connects it can become as important to them as it is to us.”

As much of a hole as it would have torn in many people’s lives, few would have blamed them for taking a step back. Perpetually poised for the next stage without ever quite getting the recognition they deserved, the group repeatedly found the strength to keep fighting, even when they were flat on their backs. It seems appropriate that the deep connection they nurture with their fans was the very thing that turned the tide.

The patronage of one such fan, Robert Smith, a long term advocate of the group, led to him covering “There’s A Girl in the Corner” from Nobody Wants to Be Here and Nobody Wants to Leave, and inviting the group to be the primary support on The Cure’s world tour. As it turns out The Twilight Sad were never merely a niche concern, too misunderstood to crossover, they just needed to reach more people to convert them. So as the world plays catch up with what their fans have been screaming for years, The Twilight Sad roll on, unerring in the wake of their increased spotlight.

Maintaining their own unique fingerprint while veering from the dismantled folk of their debut, to the feedback laced noise of Forget the Night Ahead, then onwards into the industrial, electronic cacophony of the sublime No One Can Ever Know, The Twilight Sad have always managed to shed their skin without affecting their core. Testament to this was when everything that had come before seemed to crystalize into 2014’s Nobody Wants to Be Here and Nobody Wants to Leave.

It Won/t Be Like This All the Time (IWBLTATT) is another dauntless step forward, unflinchingly embracing the core aspects of their sound, while boldly incorporating loftier ideas. It is not some grandiose attempt at a knockout punch or some cheap leap at the mainstream; you cannot fake sentiment, or force people to feel something.

IWBLTATT is a laser guided arrow to the heart; an enveloping noise that chips away at you over time. On countless occasions since living with this record I’ve found myself haunted by a repeated phrase, only to be exorcised on repeated listens.

On what is now their fifth record the band seem to have arrived at a place free from caring what expectations are placed upon them. The songs benefit from this new found freedom; with the dynamics of their sound more profound than ever, ranging from the '80s goth rock sheen of “Videograms” to the lo-fi distorted vocals of “Girl Chewing Gum”, their scope in terms of style and production is laudable. The opening moments of “The Arbor” are even tinged with a vintage horror movie quality.

The twisted, distorted folk and crushing guitars of their debut are still there, most noticeably on the intro to the incredible “Auge_Maschine”. While sawing guitars twist around a wounded tale and Graham mutters “We will come for you”, it’s hard to determine if this is a thinly veiled threat, or an offer of salvation.

Elsewhere industrial stabs of synth noise pierce and pummel on the aforementioned “Girl Chewing Gum”, the wildest, most frenetic track of the record. Graham’s voice both stuns and soothes once again, but this time there is a new found ferocity. On the claustrophobic, doom ridden “[10 Good Reasons for Modern Drugs]” he crescendos to a raging break when a guttural frustration takes over. Coming close to howling the line “The cracks all start to show” he adds yet another level of humanity to a record full of moments of resonance.

The broken romance of “Sunday Day13” is perhaps the records most bracing moment. Devoid of any percussion, mournful keys accompany Graham as he pivots and stumbles through painful insecurities. (“Is it better left unsaid / You can take it out on me”)

Having taken long-term touring musicians Brendan Smith and Johnny Docherty into the fold as official members of the group IWBLTATT feels more like the output of a full band than any of their previous work. Andy MacFarlane’s arrangements have been lent an additional heftiness, and even if slight, the added bombast of this flow of new ideas can be felt throughout.

This is in fact, quite possibly their heaviest, most riff driven album to date. The attack of which matches the intensity of their live shows. Where this record really succeeds, is in taking the group's influences - whether that be The Cure, Joy Division, Interpol, Nine Inch Nails - and distilling them with uniqueness and pride.

The Twilight Sad, and in particular Graham’s lyrics have always dwelled in the slightly darker corners. Supported by the equally unnerving, but always captivating artwork of DLT, there is an air of malevolence around the group. Although now not so cloaked in metaphor that same aura surrounds IWBLTATT. There is a deeply held personal conflict, a sense of something being wrong that cannot be vocalised; violence, domestic dysfunction and an all too relatable, shivering anxiety.

In line with the duality they represent this is part of their appeal. Graham’s lyrics and MacFarlane’s soundscapes provide a way out. Acting as an expression of the fear, isolation and anxiety that’s inherently present in everyone’s life, their music forces you to face the darkest recesses of yourself and those around you; and realise its ok to be scared, not just of others, but also of yourself.

It often takes a look into the darkness to cause a stir in static hearts. This record provides that place of reflection. Though no matter how bleak or unsettling it becomes, there is a thread of human connection throughout. Retaining a scintilla of hope, from this shared wallowing there is a light. All things shall pass, and as the title alludes to, it won’t be like this all the time, it can’t be.