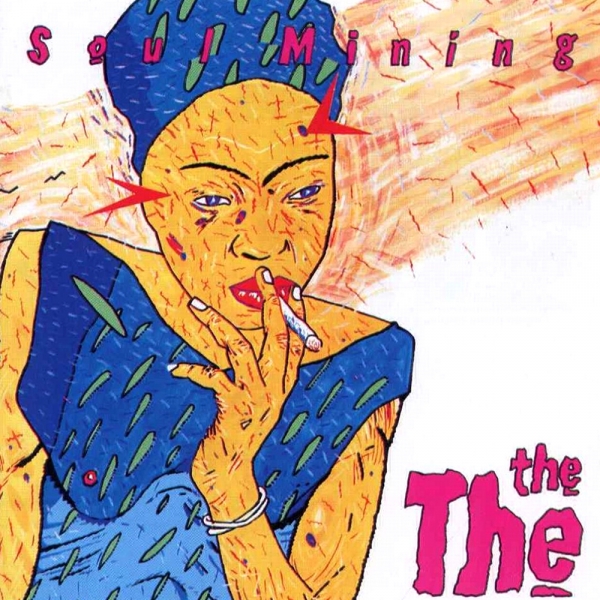 A week is a long time in pop music, and for a record to have its 30 year anniversary reissue and still sound as contemporary as it did upon its release is a miraculous achievement. Soul Mining was the debut album by The The, the nom de plume of Matt Johnson. He emerged as one of a clutch of musically sophisticated, angry young men of the 80’s, sounding like a modern day Winston Smith from George Orwell’s 1984. The record describes what he considered to be the dystopian world of the time, and a line from the first song shows what’s coming: “Life is like a sewer/And I’m trying to wade through her”. Easy listening this isn’t, but amidst the anger, sorrow and regret, there are moments of pure dulcet sweetness.

Soul Mining is the tale of Matt Johnson raging at a world he had a love/hate relationship with, hence the line “I’m just a symptom of the moral decay that’s gnawing at the heart of the country.” But the album’s beating heart belongs to two songs - “This Is The Day” and “Uncertain Smile”. Both have a timelessness, tenderness and poignancy that sit perfectly in the middle of the story.

“This Is The Day” is a call for optimism in the face of failure and the words are beautifully poetic - “You’ve been reading some old letters/you smile and think how much you’ve changed/all the money in the world couldn’t buy back those days/… this is the day when things fall into place.” Accompanied by a suitably Parisian accordion, it literally sounds like a balmy summer day.

As for “Uncertain Smile”, well, what a triumph of songwriting and storytelling. The whole ideology of The The was there in the name, an amorphous collection of musicians tailored for each song, and while Johnny Marr didn’t sign up for another decade, he and Matt Johnson were already musical soulmates in the early 80’s (it sure sounds like Marr on guitar here). The guitar riff is a mellifluous lilt and the words are simply heartbreaking (“I’ve got you under my skin/where the rain can’t get in/but as the sweat pours out, just shout/I’ll try to swim and pull you out”). It actually gets even better when Jools Holland appears with his boogie-woogie shuffle. Recorded in one take, he lifts the song into the stars. In the newspaper that accompanies the box set, Matt Johnson correctly describes it as “Possibly the finest piano solo in British pop music over the past 30 years.”

The closer “Giant” is a perfect summary of the album’s manifesto. An incredibly serious piece of music and an existential musing upon the nature of the self - “How could anyone know me when I don’t even know myself?” - it’s a theme Matt Johnson would revisit on the majestic ‘Slow Emotion Replay” from 1993’s Dusk.

So where does that leave Soul Mining in 2014? Well, it’s still a vitally important record, containing touches of funk, techno and world music, but most of all it’s an album besotted with the possibilities of sound. This lovingly and lavishly packaged reissue is a timely reminder of what a supremely focused and satisfying record Soul Mining is. It sounds as unclassifiable and peerless today as when it was released, and the remastering adds a lovely crispness to the songs. This 30th anniversary edition is a work of art that should be sought out immediately by those unacquainted with its grandeur and melancholy, as well as those who are already in love with it.