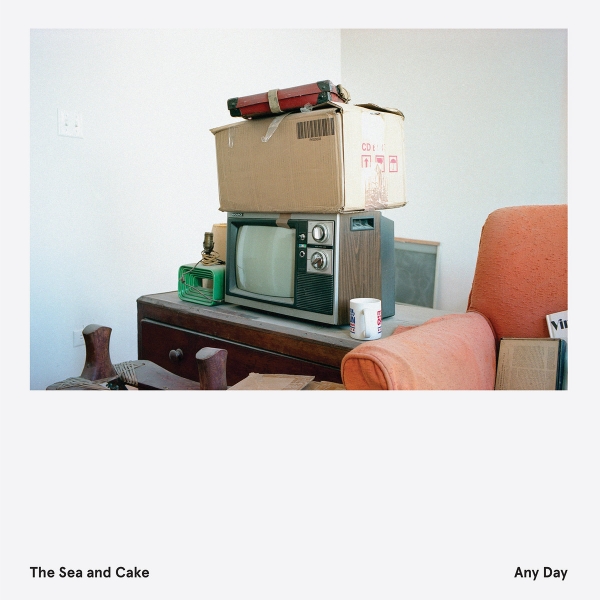 Any Day brings The Sea and Cake kicking back into refined motion, thawing like the present season from a recent spell of suspended animation.

Twenty-five years and over ten albums in, The Sea and Cake have proven to be a gently unyielding presence. As they’ve proven before, give the Chicago mainstays a hiatus and they return with surprising vigour. Now, reduce their line-up by one, and they capitalize on the opportunity waiting in the newly empty space. Not one red speck of rust blemishes the contours of Any Day, its continuity with the band’s extended second half run from Everybody to Runner so natural that it is almost surprising to see that this most recent break between studio albums has been their longest, including the time spent on official hiatus in the early 2000s.

“Cover the Mountain” sweeps away any such time and distance, dropping right into The Sea and Cake’s sweet spot where Sam Prekop’s honeyed tea vocals, his and Archer Prewitt’s airy warm guitar layers, and John McEntire’s kinetic control of rhythm all intersect. In the absence of former bassist Eric Claridge, the three remaining members each spread out a little more in equal measures to fill the gap. Stepping slightly more often to the fore are Prekop’s lyrics. The romantic undercurrent of conflicted journey pulls the album along, from “Cover the Mountain” (“I had to follow the moonlight fallen against the ocean”) to “I Should Care” (“I’ve been missing something/I thought I’d miss you”) all the way to the waltzing return of “These Falling Arms” (“How will I find the decision to go away now?”).

The reservedly lush title track has the band joined by Nick Macri on bass duties and Paul Von Mertens on clarinet and alto flute providing pastel accents. The accompaniment is welcome and might have added to other Any Day tracks, but the consistent rapport between Prekop, Prewitt and McEntire is more than enough to propel the Sea and Cake steady on their course.