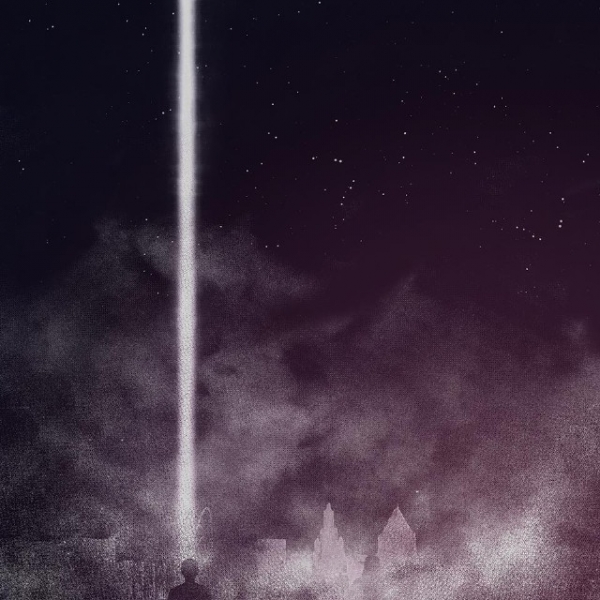 With his excellent, début record, Nonfiction, James Hinton a.k.a. The Range, showed a series of latent qualities that in the future could allow him to blossom into a unique and noteworthy electronic artist.

Three years on and with the release of his second, full-length record, Potential, Hinton has scoured YouTube to present a narrative that not only proves to us that he is well and truly close to meeting his own potential but also muses upon its title and seeks to find catharsis through technology.

The concept of potential - that unrealised ability, which in turn could lead to greatness - is one which burdens the majority of us. To not meet one’s potential is often seen as a stigmatising disappointment to parents, friends, employers or even to oneself. The idea of potential and the potentiality for events to occur because of an ability or spark, permeates throughout modern life, from starting a relationship to aspirations of “making it”. The potential for greatness, fame, legacy to name but a few, hijack our consciousness to create elaborate hopes and dreams, which may or may not come to be realised - a perilously, fragile condition.

In order to bring to life grandiose concepts of potential (and its fragility); hindsight (with musings on “what could have been”) and catharsis, Hinton used a strict, algorithmic code to explore YouTube for a variety of samples, which explore his collaborators’ hopes and fears, whilst also creating the unifying thematic elements of Potential. Each sample however, also possesses dual purpose. They are emotive focal points for the listener and, crucially, for Hinton himself, as they are inextricably linked to his own narrative. Hinton’s livelihood is therefore omnipresent throughout the record and thus elevates his work above other high-profile collaborative efforts in electronic music, which feel mercenary and soulless.

“Copper Wire”, an immediate stand-out from Potential, intertwines a transfigured “without you” vocal line with a raw Kruddy Zak freestyle that seeks to make sense of the pain caused by the loss of a friend. In spite of intensifying with layer-upon-layer of cascading electronics, “Copper Wire” never breaks and hidden amongst its technicolour synthesisers, piano arpeggios and bombastic blasts of bass, is its true heart - the gut-wrenching, “09 was emotional”. Imperatively, it ties closely into Hinton’s own story, for he lost his mother in 2009 and thus the sample serves as his own subtle catharsis. His catharsis is relatable to the listener, as many of us turn to art, music and increasingly now to YouTube to find our own purgation through people and stories we otherwise would never have encountered.

Likewise, this search for catharsis is evident on the wonderful, lead-single, “Florida”. “Florida” borrows from YouTube user Kaihuna singing Ariana’s Grande’s “You’ll Never Know” to reflect upon a relationship’s end and the potential it possessed at the very start (“what we could have been”). “Florida”, with its jittery high-hats and bubbling bass notes, serves as a “hands-up” liberation from the past for Hinton, yet again moulding a sample to meet his own narrative. Its thematic sibling, “Falling Out Of Phase”, features an emotive, pitched down sample of a reinterpretation of Keyshia Cole’s “Fallin' Out’” to successfully reflect upon the terrifying reality of love’s dissolution.

Hinton’s humanist approach throughout Potential revels in the possible paths that life can take. It acknowledges, through his virtual collaborators, the vulnerabilities of the human condition and the fragility of potential. Album opener “Regular”, repeats, “right now I don’t have a back-up plan / But if I don’t make it / I’ll decide to move on to something bigger and better” over a warped, menacing bass line. The record’s opening statement is almost oxymoronic - defiant with hope and ambition yet also lathered with brittle uncertainty and pessimism.

Circumstance, painfully, can limit one’s potential. Mournful frustration at a lack of potential as well as an inability to find freedom from circumstance (and the ensuing consequences of said stagnation) are tackled on two of Potential’s highlights - the Ophqi and Superior Thought sampling “Five Four” and “Skeptical”. “Five Four” manically broods with chopped up bass lines that come to the forefront as they please. It accelerates with an exciting intensity that is rarely matched on the record. Furthermore, the propulsive, beat-driven “Skeptical”, with its memorable, “inside Hyde Park lampin” vocal refrain reflects on the past and the erosion of hope due to circumstance. Amongst its barbed snares, one finds the striking, “broken past, no prospects for the future”.

Whilst a vast majority of the rhetoric surrounding Potential focuses on Hinton’s voyage through the depths of YouTube, it must be stated that there are gorgeous moments of arrangement and instrumentation to be found.  Although Hinton looked towards UK Grime (“Five Four”; “Copper Wire”), Baltimore Club (“No Loss”, with its climactic break), dancehall (the light-hearted, Naturaliss featuring “1804”) and trance (the mid-section of “Skeptical”) to find inspiration for Potential, it is slowly becoming apparent that Hinton is developing his own signature sound. From cascading, twinkling synthesisers and pianos to his restless work with high-hats, Hinton’s genre-hopping never feels discordant on Potential as it is unified by his unique, burgeoning style. The delightful and joyous pop-refrains of “Retune” and the looping “So” emphatically highlight this with abundance.

Although album opener, “Regular”, possesses the striking opening statement of Potential, the track as a whole feels static and cumbersome and is non-representative of many of the exciting and dynamic compositions found on the rest of the record. “Superimpose” also acts as the real misstep. A misguided pastiche of 90s R&B that renders its vocal sample obsolete.

Potential is intrinsically a human record. It deals with stories, emotions and the grander concepts of the human condition with a poise that should be greatly commended. Its narrative arc and Hinton’s own emotional investment into the project elevates Potential over some of the more high profile electronic releases of the past few years. With diligence and love, Hinton is definitely meeting his potential.