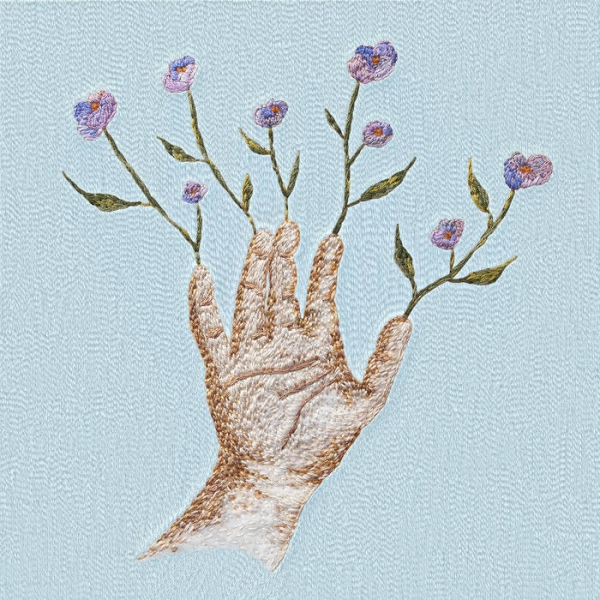 Nighttime recordings at a “2000 percent haunted” Masonic lodge certainly helped shape the sound of The Ophelias new album. Following on from 2018’s Almost, with Crocus the four-piece are offering a meandering exploration of love, life, and religion from the Cincinnati four piece.

Opening with the titular track, we’re reintroduced to Spender Peppet’s vocals. Wasting no time in flexing their instrumental talents, the band find particular success here and in "Biblical Names".

Featuring a collaboration with Julien Baker on "Neil Young on High", Baker’s harmonies are layered behind Peppet’s vocals to bring an intricate depth to the introspective number, which sees Peppet muse over the final days of a relationship. “I regret never celebrating smaller victories that we saved / I would do that part over,” she sings, with striking honesty. That candid lyricism persists even into the more upbeat tracks. "Sacrificial Lamb" boasts one of the catchiest refrains on the album, yet this is juxtaposed with Peppet admitting “I am leaving your party / I am not having fun anymore.” On her writing style, Peppet has explained that “sharing this intimate side of myself with the world made me want to say exactly what I meant instead of relying on vague images.”

Not necessarily demanding of your attention, the choices Crocus makes fail to feel deliberate; as if it’s still feeling it’s way through collaboration and experimentation. This is no bad thing though, and does produce several standout moments: in "Vapor", Mic Adams’ drums hold back to allow strings and vocals to truly shine; later, "Twilight Zone" starts slowly before finding its biting point and reaching the crescendo that other tracks forego. The collaboration behind Crocus also points to the band’s increased confidence since 2018. The Ophelias aren’t ones to retread the same path - they’re still growing, still discovering, and Crocus is the next milestone on that journey.