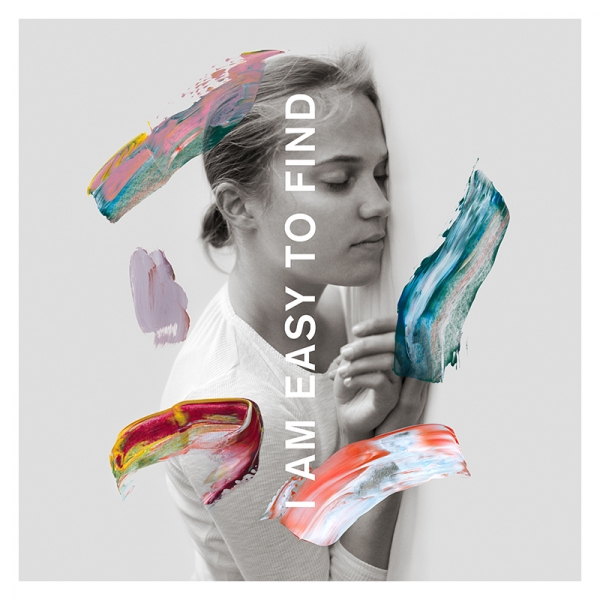 “I remember a kid in the water.”

This line, delivered from the luminous voice of guest vocalist Gail Ann Dorsey on “So Far So Fast” brings to mind the cover of The National’s 2001 self-titled debut. On it drummer Bryan Devendorf, clad in aviators, leans out of an arrestingly blue swimming pool. It was always an image somewhat at odds with that records subject matter; the angst-ridden despair of being trapped in a soul-crushing white collar job, and the resignation to a future already set out. Still it held a youthful confidence - or was it naivety? - a sense of assuredness that hinted at the promise of better things to come.

The fact that record was made at a time before the band’s line up was even solidified and before making music became a viable career option gives further impetus to the ingredients held within its country flecked charm. Although few could have known then what lay ahead. Looking back helps to put in context the here and now; highlighting how the band have come to disprove their own “Theory of the Crows”, wrestling themselves free from a life they didn’t want, but feared was ominously waiting.

I Am Easy To Find is The National’s eighth record. In a career that is now almost two decades old the group have grown from indie rock’s tousled hopefuls to surpass all confines that could have restrained them. The origins of their new record can be traced to film producer Mike Mills contacting vocalist Matt Berninger in the hope of working together. This initial contact spiralled to result in not just one project but two; a short film and record both of the same name, intimately interwoven but also designed as standalone pieces of work. Mike Mills is named as a producer for the album alongside the group, a bold statement from both sides when Mills himself is quoted as saying “I don't know shit about music.”

The film is described in the press release as “a picaresque succession of subtitled snapshots and fleeting moments big and small that add up to a life.” Sympathetically the track listing of I Am Easy To Find is more of a collage than one coherent piece, subverting the equilibrium for something more erratic and real. Tracks bubble up then fade away to nothing while others race off into oblivion. Within this web of sound the build is often more important than the payoff. The questions more important than the answers.

Not unlike Fucked Up’s Dose Your Dreams from last year, I Am Easy To Find is awash with differing voices, sometimes supporting, sometimes supplanting Berninger altogether. There is a striking difference to the isolated loneliness felt in the lyrics of the group’s earlier work and with no fewer than 21 contributing musicians listed in the albums credit’s, not counting the string sections from New York and Paris, the record sounds more like the work of a harmonious collective.

The presence of Carin Besser, Berninger’s writing partner and wife, is more keenly felt than ever, adding credence to the decision to expand beyond Berninger’s solitary croon. The vocal contributions from Gail Ann Dorsey, Mina Tindle, Lisa Hannigan, Sharon Van Etten, Eve Owen and Kate Stables are the soul to the body of the record. The array of voices brings out the commonality of the records themes, balancing perspectives, exploring accountability and sharing in the heartache.

There is also a unique insight provided into the core of a relationship given the nature of the husband-wife writing team. For any couple to write so honestly with and about each other then emerge out the other side is incredible. Lyrically I Am Easy To Find at times paints the picture of a relationship falling over, struggling back to its feet, only to defiantly brush itself down and move on stronger. It’s like finding a lover’s journal of your faults and fears and instead of using it to burn the whole thing down, leveraging it to chart a new course. I Am Easy To Find does not find Berninger and Besser with fewer questions, frustrations, or obstacles to overcome. It does however exude a comfortable confidence in knowing that it is OK not to have everything figured out.

Mike Mills’ production can seem disjointed on first listen. Where Aaron Dessner – the group’s multi-instrumentalist typically at the fore of production duties - may have smoothly transitioned between moods and songs, Mills exercises a more sporadic approach. However this in fact works to keep things fresh. By following Mills' lead The National have removed the listener’s opportunity to second guess them. They have picked the lock of predictability yet retained the pull of layered protection that fans cling to.

The absorbent horns from Boxer soothe the title track while the emphatic catharsis of High Violet abounds on the star-fallen swirl of “Rylan.” The electronic dabbling’s of 2017’s Sleep Well Beast are also still alive and well and stalk the nostalgic cognisance of “So Far So Fast”. But the trust placed in Mills throws some curveballs which we have not seen before. For starters there are two entirely instrumental interludes, “Her Father in the Pool” and “Underwater”. There is also the haunting chant of “Dust Swirls in Strange Light” performed by the Brooklyn Youth Chorus.

The racing dream pop exhilaration of ‘Where Is Her Head” finds Berninger happy just to be keeping pace with Owen’s star turn and feather light vocals. It all collapses in blazing final verse as a continuous roll of drums and programmed claps of percussion accompany Berninger’s lament of “And I will not come back the same”.

“The Pull of You” featuring Hannigan and Van Etten sputters with an electronic heartbeat as spoken word interludes bounce off drowsy piano chords. It also contains one of Berninger’s most arresting vocal performances as he allows his voice to break to levels not experienced since Alligator. All of this occurs within the space four minutes, tripped up by Bryce Dessners agitated string arrangements. Elsewhere the Devendorf brothers continue to draw from the bottomless well of their rhythm dynamic. The cymbal splashes and thwarting bass lines of “Hey Rosey” swipe the legs from you as lines such as “I will love you like there’s razors in it” are delivered to devastating effect.

The whole record is a jittery collision of the past, present and future. It is an extension of the themes of uncertainty and strain within the lyrics, but also a celebration of the excitement of breaking new ground. The group seem to know they are on the cusp of something.

“Not In Kansas” is perhaps the records standout in its breadth of scope. An intricate sliding guitar line lays down the backing as Berninger fills its close to seven minute running time with insight into his random thoughts, mundane day to day events and fractured excerpts of his personal history. The song is punctuated by a refrain from “Noble Experiment” originally performed by experimental alt rockers Thinking Fellers Union Local 282. This interlude gives the track a lullaby feel, but in reciting the lines “Time has come now to stop being human / Time to find a new creature to be / Be a fish or a weed or a sparrow / For the earth has grown tired and all of your time has expired”, it feels like a ruinous sentiment, a lullaby to end times.

If anything I Am Easy To Find is testament to the band’s drive and tenacity. It is risks like this that made this life for them, and continuing to take them will be what ensures their future. The nature of the project is in a way their own noble experiment, ultimately finding them at their boldest and most assured to date.