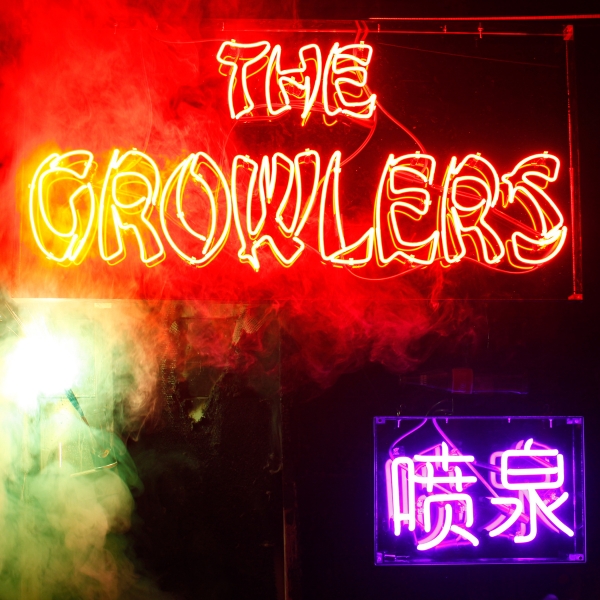 Jauntiness is a trait with which indie rock’s poppier proponents have wrestled for years now. On paper, there should not be anything wrong with light-heartedness, with tasteful injections of fun into guitar music. An ability to skip, as well as slouch, should be seen as a virtue in an indie band. Yet, particularly in recent years, the more carefree end of indie-pop has been dominated by the kind of bands who seem to define success as a constant position on the playlist in Topman and a slot at XFM’s Winter Wonderland. Two Door Cinema Club, we’re looking at you.

The Growlers are the kind of band who, with a little more exposure to the mainstream, could reclaim light-hearted jauntiness from V Fest set and show the world that music can be still be made to be carefree and interesting. On Chinese Fountain, they deliver 11 songs that are (almost) faultless in their effortless combination of the dazzlingly bouncy and the artistically nuanced. “Big Toe” is a perfect opener, a Libertines-y 12/8 stomp that already sounds like a well-worn live favourite. The title track and “Dull Boy” tastefully flirt with elements of disco and dub, which serve to pick out the subtler shades of The Growlers’ vivid palette. “Good Advice” is album’s most propulsive moment, an exhilarating three-and-a-half minute slice of indie rock (not indie-pop) that would sound very much at home on The Strokes’ Is This It, an effect enhanced by singer Brooks Nielsen’s Julian Casablancas-esque vocal.

The only thing about this album that can be a little grating is Nielsen’s tendency to distract the listener from his wonderful voice by dropping the occasional lyrical clanger. Take the title track: for all its self-assured disco grooviness, it's slightly let down by a half-baked attempt at social commentary (“Every little kid wants a computer in his pocket… the internet is bigger than Jesus and John Lennon, and nobody wants to know where we’re heading”). It just feels a bit daft.

Really though, that’s a minor quibble. Most of the lyrics here, though rarely anything special, are at least competent enough to sound good when in the throat of such a compelling singer as Nielsen. Ultimately, the Growlers’ sunny disposition and incredibly natural, economical style of songcraft carries them through Chinese Fountain, an album which manages the impressive feat of leaving the listener both utterly satisfied and hungry for more.