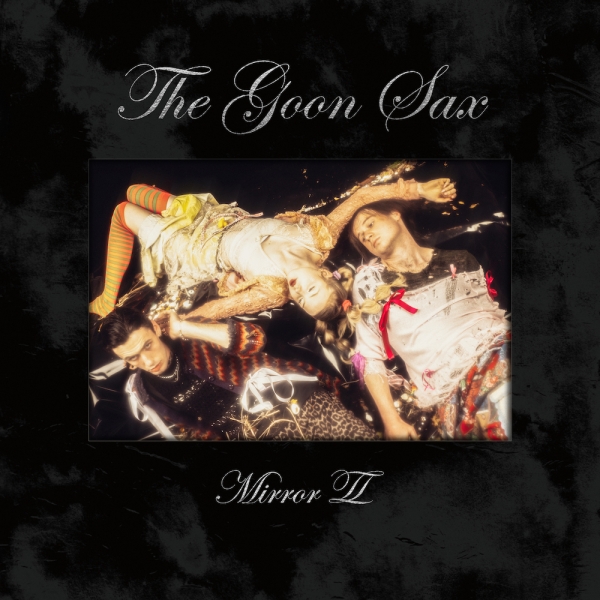 Charting The Goon Sax’s career to date has felt like witnessing a trilogy of coming of age films.

For the teenage Brisbane trio on their debut Up To Anything, their most catastrophic event was coming away from the barbers without a primo hairstyle inspired by the greatest Australian bowler in history. Now in their early twenties, Louis Forster, James Harrison and Riley Jones are much wiser. Their youthful exuberance has crashed head-on with the realities of the world and now it’s a case of figuring out what’s next.

“Do you think it’s better / Not feelin’/ Anything at all?”, Forster opens their third album Mirror II. It sounds like a naïve statement from kids wanting to escape the cruel story of youth but, in reality, Mirror II lays out the case that feeling is probably the greatest gift we can give ourselves. Heartbreak, uncertainty and longing no longer feel like world-shattering events, but rather things to be readily wrestled with to evolve.

The markings of youth are still here — playground games, bath water and creepy-crawlies — but each thing is recontextualised with a real maturity. From Harrison’s embracing of the unusually new feeling of love on “Caterpillars”, to Jones’ drifting relationship where both are trying to keep up with the other on “Tag”.

Where Up To Anything, felt very much like Forster’s baby, Mirror II also allows each member to try their own thing. Jones’ bubblegum pop harks back to the scrappier, brighter style of their first record, while Harrison brings a psychedelic surreality to the record. It may sound mismatched at first, especially given how dark Forster’s contributions can reach, but it cements the idea that feeling your way through the world can only really be done together. And often contrasting opinions can help you see new paths. It feels like the band carrying each other through; a problem shared is a problem halved.

It helps too that their loose sound is so appealing. A band growing into their sound, trying new things, but always steering it back to its bittersweet core. Like with their lyrics, The Goon Sax are still working things out on the fly. Getting caught up in the feeling and riding the wave until they find some sort of conclusion. For the Brisbane trio, truly embracing that feeling, however messy, is what makes them so special.