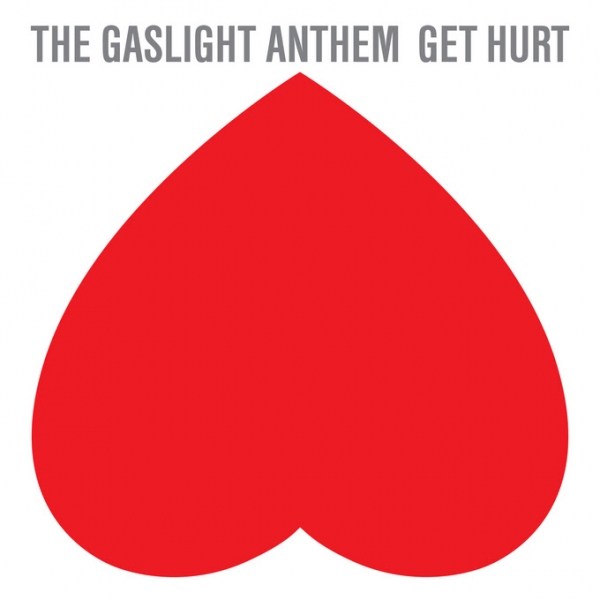 Touch wood this never happens to one of us, but I describe The Gaslight Anthem’s problem as a little bit like your partner calling out your best friends name during sex; apart from the immediate conclusions drawn, it’s belittling and just damn right soul destroying. Unfortunately for the Jersey boys, the humiliation is suffered on nearly every show with the calls for “Bruuuuuce” ringing out over their own material, it’s therefore only natural that the band would attempt to distance themselves from their esteemed neighbours.

Two years on from their fourth studio album Handwritten, and we find Brian Fallon in a much less nostalgic frame of mind. The hopeless romantic is recently divorced from his wife of ten years, approaching his mid-30’s and yearning to change the perception of his song writing, and ultimately move out of the shadows of his heroes.

If this subtext wasn’t apparent enough, opener ‘Stay Vicious’ delivers a slab of industrial riffage that attempts to wipe the slate clean. The most striking thing about this song however is not the (very) American guitar parts that feel more Black keys than Black Sabbath; it’s the beginning of the end for the golden girls Virginia, Mary, Sally and Maria. “Now I feel just like a stranger / I don’t sleep at all anymore / And the arms that used to hold me / Well, now they’ve done me harm”. Get Hurt, if the name didn’t give it a way, is Fallon’s most personal album yet - largely first person and brutally direct in subject matter.

The change in mood on this record has its roots in the classic cases of change, with Fallon citing U2’s Joshua Tree to Acthung Baby transition as an influence. Gone is the vivid storytelling and references to New Jersey landmarks, title track ‘Get Hurt’ is a fairly downtrodden lament and an acceptance of things having to change, but despite customary lines of defiance such as “I came here to get hurt / You might as well do you worst to me”, the character on this album is a broken one, devoid of the resolve shown previously on a track like ‘45’.

Track after track the listener is pelted with sappy and depressing lines like “Fire from her fingertips and the holy vow of a teenage kiss / Now we’re much too old for this”. Like its predecessor, Get Hurt suffers from being too long – there’s only a certain amount of despair and distortion you can take in one sitting, especially when the same vocal melodies and musical ideas are being rehashed time and time again. ‘Rollin’ and Tumblin’ is the saving grace of the album, it’s the ’59 Sound’, sing-along track fans will have been aching for, and wanting more of.

Not wanting to stamp all over Brian’s efforts, but the writing after five records has become formulaic and slightly predictable at times. ‘Break Your Heart’ is the token acoustic ballad; a stark and vulnerable love song, much like ‘National Anthem’, as for ‘Dark Places’ it’s a long lost sibling of ‘Backseats’. Ironically, these are two of the strongest numbers on the record, and that’s because they’re the most Gaslight Anthem sounding.

In an interview just prior to the release of this record, Fallon tried to distance himself from his past works “And the next record, I might go back to the ’59, ’69, ’79 Sound. I might be Brian Fallon and the B Street Band”. His irritation is understandable, the very things that made him a sweetheart are the ones that keep him chained to the past.

If one was to try and liken the change of tone on Get Hurt, I wouldn’t compare it to U2’s endeavours.Unfortunately for Gaslight, this is thier Darkness On the Edge of Town - this is the realisation of all those romances that didn’t work out, no longer are they sleeping on the beach, they’re growing up. There’s a lot to like from this new record, but undoubtedly fans will be hoping for a return to the good old days on the next record, and that may be the thing that actually puts the final nail in the coffin of The Gaslight Anthem for good.