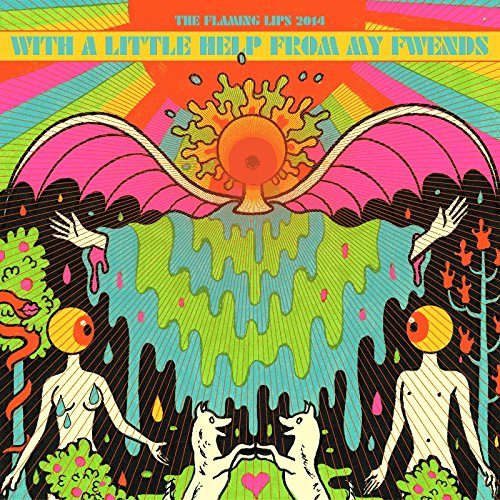 Wayne Coyne’s inimitable brand of unhinged barminess probably makes him the perfect man to cover the Fab Four’s best loved album. The Flaming Lips remain indie music’s premier nutters, who for a steady two decades have been throwing glitter, zorbs, and polyphonic headaches at audiences from arenas in London to shamanic jungle retreats. Their penchant for pomp is undiluted on what is most certainly the most bombastic of any of The Beatles cover albums. Indeed, it is almost the antithesis to the Easy All Stars’ effort, which was a jaunty, percussive effort, riffing on the melancholy of the original, rather than the jubilance.

The approach here is the same as has been the Lips' stock in trade for yonks: indulging every maximalist impulse until you get an unrelenting caterwaul of beats, sirens and fuzz. It makes for a compelling listen: the blur of relentless noise grounded by pop hooks as old as pop music. Take the lead single, "Lucy in the Sky with Diamonds", which even includes an unlikely guest turn from Miley Cyrus. It's an arrangement of unyielding silliness and agitation levelled by the ear-worming simplicity of the melody.

The songs here are given such a spritely, anarchic makeover that it's hard to imagine John Lennon not being a fan, and in that sense, it's unlikely to offend any die-hard fans of the original. And heck, the supporting cast present almost outnumber the roster on the original's album art. Cult tweesters Tegan & Sara spruce up "Lovely Rita" without diluting its charm, J Mascis' squalling guitar is all over the opening track like a rash (though a little bit less irritating and a lot noisier), and Foxygen and Ben Goldwasser of MGMT make a racket on the reprise. One thing is also quite clear: everyone is having a whale of a time.

The pitfalls of the album, however, are the result of the endeavour rather than the finished product. How do you improve an original so loved, and so timeless, without drawing unfavourable comparison? I suppose it's best to think of a project like this as an experiment, or a fanboyish indulgence. Viewed through such a lens, it's impossible not to appreciate the sheer audacity and fun of it all. At any rate, "A Day In The Life" - arguably The Beatles' best song - lacks the emotional force of the original, and "When I'm Sixty-Four" is missing a nonchalant bounce or three.

It's not a perfect album by any means, but it is a worthy cover of a nigh-on perfect album, capturing the joie de vivre of the original and dousing it in some serious lunacy for good measure. And that's no mean feat.