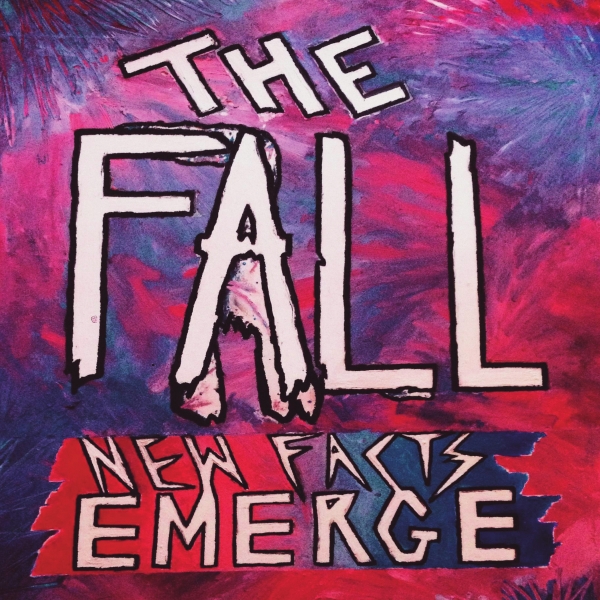 The fact the 32nd studio album from The Fall begins with what could very believably be a mumbled voicemail message left by Mark E Smith whilst locked in a Wetherspoons toilet cubicle shouldn’t come as a surprise to anyone.

Though this isn’t probably the case, it’s a truth universally acknowledged that reality has played the smallest role in his band’s sometimes weird, othertimes frightening mutation over the last forty years – one that has seen Smith both embody and transcend caricature with unprecedented, no-fucks-given gall. Having recently compared his band to “a Nazi organisation” – a reasonable assertion considering the 60-year-old’s ever-demagogic clench of power at the helm – New Facts Emerge finds Smith and his current cast of Peter Greenway, Dave Spurr and Kieron Melling in long-acquainted, largely aimless territory.

Whilst we should rejoice in the fact The Fall are still a de facto proposition (and it is remarkable to consider just how well they have evolved in tandem with Smith’s quasi despotism) legacy – no matter how towering – should never be a weatherglass for present-day clout. Where 2008's Imperial Wax Solvent and 2010's Your Future Our Clutter wafted the wick of their once raging blaze in impressive fashion, New Facts Emerge is just the latest installment in a progressive decline that can be traced across the band’s last four albums. Where the likes of “Fol De Rol” – a strident opening gambit with a bass-line bearing more than a passing likeness to Rocket From The Crypt’s “On a Rope” – and “Brillo De Facto” prove vaguely purposeful efforts on the surface here, a second, third and fourth listen reveals a band seemingly bereft of inspiration, regurgitating tame Fallisms with – and it really pains your writer to say it – riffs conjuring every middling young rural pub rock band of the early Noughties.

Where there’s some other instances of let-up speckled across the album’s eleven tracks – not least via the seasick squall of nine-minute highlight “Couples Vs Jobless Mid 30's” and the lo-fi scuzz of “O! Zztrrk Man” – "Victoria Train Station Massacre" and the throwaway rockabilly strut of "Second House Now" are just two misfires that, if you were to mentally dislodge the inherently entertaining presence of Smith from the equation, wouldn’t logically necessitate a repeat listen under any other circumstance. Not helped by the curious absence of Smith’s third wife Elena Poulou on keyboards – whose wilfully disjointed plinks have been a staple of their latest incarnation – one resounding detail arises here: whilst not reprehensible, New Facts Emerge is certainly massively forgettable. For a band with such a legacy, that’s surely a much worse fate.