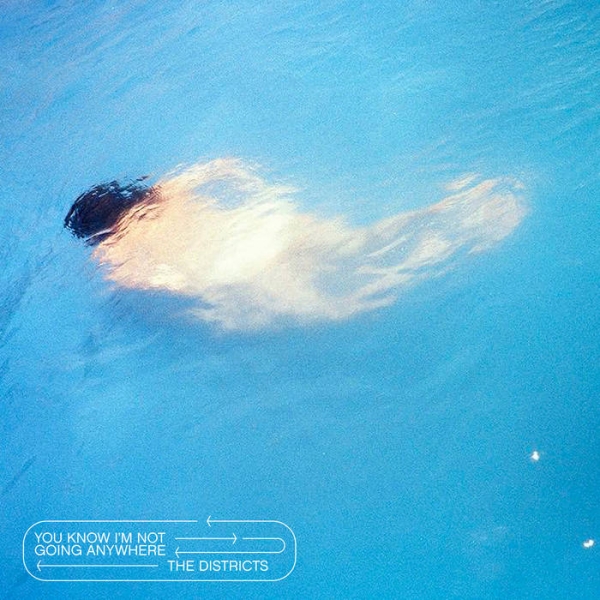 Despite their years together being relatively short for a band about to release their fourth album, The Districts shared histories and experiences run deep.

Signed to Fat Possum while still in their late teens, the four school friends from small-town Lititz, PA have known little else than life on the road as a working band. A dream for many, but also an intensely difficult life to manage and make sense of. So much so that that prior to writing the new record, bandleader Rob Grote worried about the bands future and found himself questioning if music still meant the same to him. You Know I’m Not Going Anywhere, from its title alone, arrives as an affirmation that he has indeed found what he was looking for.

The Districts willingness to embrace the different was evident from their very first EPs. Even as teens starting out, they displayed an eagerness to push their songs to their limits, letting them find their own resolution. That adventurous spirit has continued to increase as they’ve grown up together and You Know I’m Not Going Anywhere is yet another ambitious take; an evolution from a band that’s seldom done anything else.

Propelling towards big pop moments and classic rock anthems, the record manages to retain its murky edges. It’s there it finds its appeal, scouring at the perfecting gloss slathered over life, it exposes the time ravaged skin beneath. Despite seeming destined for bigger stages, tracks such as “Velour and Velcro” ensure the band retain their eye to eye connection.

There are moments here that ask for more trust from their listeners than ever before. The disco pomp and slippery bass lines of “Cheap Regrets” and lounging Jazz of “Dancer” chop up the expected flow of the record. However as adventurous as things get the record is underpinned by their rootsy beginnings, whether in the rhythm sections bluesy hustle or in the enthusiastic thrash of an acoustic guitar. There may be ‘80s infused synths and blasts of sax bouncing off ballroom walls, but there’s still blood and tears on the dancefloor.

There's long been two sides to Grote's voice, something that first became evident on 2015's A Flourish And A Spoil and cemented on 2017s Popular Manipulations. He's beyond capable of singing with both a gravelly closeness and an ethereal detachment. In the closing moments of “Changing” his voice seems to hang above the song, connecting it to a higher place. Then on “Descend” he’s right back in your ear, spilling his guts. It mirrors the conflict at the core of the album’s lyrics, the desire for some sense of detachment from life’s harshest realities, to find solace in something untainted and pure. It's a conflict that comes to a head on “Sidecar”, and as Grote sings “I don’t want to be the sidecar / Watch the scenery go by” his mind is made up. It signals a decision to let life in.

Having lost none of their basement born earnestness, The Districts are proof of a bright beginning that hasn’t lost its spark. When it boiled down to fight or flight, Grote and his band did both; retreating into their writing as a means of escape but coming back with a bold record of resilience. You Know I’m Not Going Anywhere is, in essence, a rock record. But it is a rock record that asks for more, unafraid to scratch that little bit deeper.