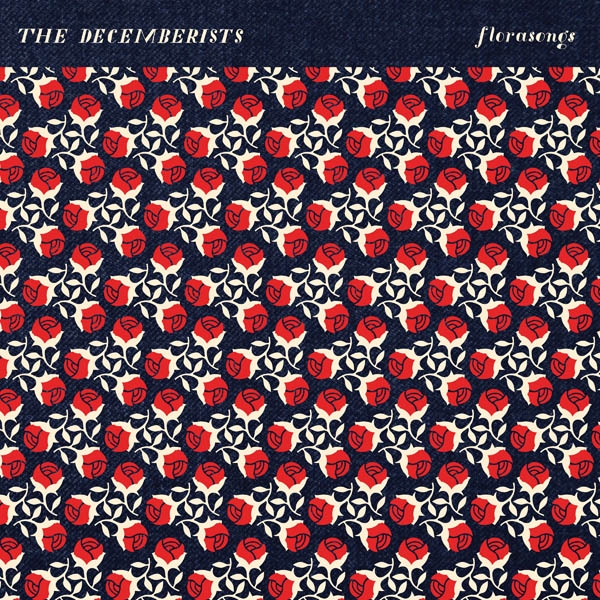 “Well, there’s a reason why the songs weren’t on the album,” she sighed. An avowed Decemberists fan, my wife offered me her sobering viewpoint on the band’s latest release, Flora Songs, an EP of the five leftover tracks from their latest album’s sessions.

Fair point, I thought, but What a Terrible World, What a Beautiful World is such an uneven collection of songs – a quality I had previously decried – that perhaps there could be gold in these hills, maybe a few tracks I’d liked in style that got nudged off in favour of a style I didn’t care for.

As usual, my wife is right.  The first taste of the EP, lead track “Why Would I Now?” is the solitary bright spot, a countrified mid-tempo tune where Colin Meloy feels the feelings that could sit perfectly inserted into 2011’s The King Is Dead lineup, and certainly of the quality of at least half of Terrible/Beautiful.

Otherwise, we’re left with the glammy “Fits & Starts”, a throwaway so out of character its lone redeeming quality is at least its sense of novelty, and a trio of spare plodders so bland they make Terrible/Beautiful’s meandering “Lake Song” feel like a night at the circus.

It’s ironic that a band who had prized the cohesiveness of the album would have released a mishmash of songs like their latest LP, but also drop this vestigial organ of an EP. Moreover, one of the most frustrating attributes of an artifact such as this is that, in this digital day and age, these barrel-scrapings would be offered as a fully-fledged release priced only slightly below your average LP rather than, perhaps, a free fan club or email-list download.

The Decemberists are still an American institution, shedding the affectations of their root-laying Portlandia hipsterdom to become one of the finest purveyors of heartland rock the scene has to offer.  So, we can all do the band a favour here and pretend Flora Songs never happened by throwing on any of their other far more compelling LPs.