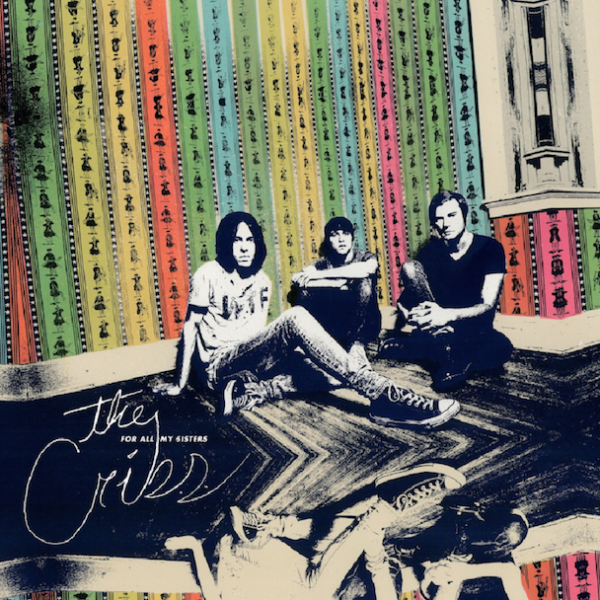 This will be the final piece I write about anything related to The Cribs that begins with direct reference to the genuine crime that is their misrepresentation by the press since Men’s Needs, Women’s Needs, Whatever. That’s less because I’m sick of flogging that same dead horse and more because, with this new record, even those who stick most staunchly to that utterly redundant idea - that the Wakefield trio ever deserved to be lumped in with so many of the ‘landfill indie’ outfits of the noughties - will find it difficult not to be won over by what is an extraordinarily strong contender for a title that I was already convinced Sleater-Kinney had wrapped up in January - that of the year’s most glorious pop album.

Men’s Needs was scored through with what can probably best be described as catchy punk numbers; the likes of “Our Bovine Public”, “Girls Like Mystery” and “I’m a Realist” all had a message to sell, and the Jarmans evidently felt that having the songs root their melodies directly into the listener’s brain stem was the best way to go about delivering it. Production from Franz Ferdinand’s Alex Kapranos, so polished you could see your face in it, only aided the ascent of those tracks to indie disco staple status; all good and well, of course, but it negated the fact that The Cribs were the most vital punk band in Britain.

After having treaded water a little on the Johnny Marr-driven Ignore the Ignorant in 2009, the group were in need of a real statement, something that would reclaim their identity and prove that they had a ton more to them than the oft-boorish singalongs of “Men’s Needs” and “Another Number”. They delivered it, with terrific panache, on 2012’s In the Belly of the Brazen Bull. It’s a record that’s all over the place, in the best way possible; there’s searingly raw, Albini-produced punk on ‘Chi-Town’, atmospheric slow burners like “Confident Men” and “Back to the Bolthole”, a nod to Springsteen on opener “Glitters Like Gold” and then, to cap things off, a ten-minute-plus, four-part rock opera, recorded at Abbey Road and culminating in a beautifully succinct summation of the Cribs mission statement: “sorry that it’s taken years / we were victims of our own ideals / but I’d rather be tied to myself than to anyone else.”

After that, I felt, The Cribs could go in any direction they pleased. There was talk, shortly after two triumphant ‘Cribsmas’ shows in Leeds in December of 2013, of two albums surfacing before too long, showcasing both sides of the band; an abrasive, uncompromising one to be cut with Albini, and a much poppier, melodic affair a la Men’s Needs, too. For All My Sisters, quite glaringly, is the latter - produced by Ric Ocasek of The Cars after a decade-long chase on the band’s part, it’s their most cohesive and intelligent yet.

The problem with Men’s Needs was that Kapranos’ production was totally unrepresentative of what The Cribs are at their core; a punk band who once quipped that their chaotic early shows were a case of “three songs and off to casualty.” Deliberately or otherwise, Ocasek has addressed this on For All My Sisters; there’s no shortage of distortion on the guitars, and Ross Jarman, who’s drums were immaculately recorded by Dave Fridmann on Brazen Bull, has tapped into an apparently inexhaustible supply of different ways to drive these songs.

Some of the finest pop tracks that the band have written are on this LP. “Different Angle”, chorus replete with ‘oooh-ooohhhhs’, is catchy in the extreme. “Burning for No-One” is clever, measured, with just the right amount of reserve. “An Ivory Hand” is scored through with Pinkerton-era Weezer, but never really feels derivative. “Summer of Chances” plays a little rougher with the guitars - and with Ryan Jarman’s voice too, for that matter - but it’s still quite clearly been built as a pop song from the ground up.

What might be For All My Sisters’ crowning glory, though, is the fact that - despite those early suggestions to the contrary - it doesn’t just demonstrate The Cribs’ straight-up pop side. “Mr. Wrong” fizzes with the same contrarian vigour as, say, “Mirror Kissers”, and opener “Finally Free” is a real standout, burning with an urgency that’s carried mainly by Gary Jarman’s vocals, which he pushes to the limit throughout this record to spectacular effect. The seven-minute “Pink Snow”, from which the album’s title is plucked, closes out proceedings; the track’s refrain of “to all my sisters / I promise you this that / I’ll try and be brave for you”, delivered by Ryan in increasingly desperate fashion, is clearly born of feminist sentiment, like so many of their most striking lyrics in the past. It almost feels like those many nods to their own gender politics in the past are finally reaching some kind of payoff - as if everything’s come simmering to the surface in this one brilliantly-overblown rock song, that keeps collapsing back into a manic guitar line.

It’s for that reason that it’d be little short of a travesty if For All My Sisters was to go down purely as The Cribs’ unabashed pop moment, because it’s so much more than that; yes, there’s songs that will carve themselves into your frontal lobe, given half the chance, but there’s also those limitless reserves of punk energy and unmistakeable, heart-on-the-sleeve worldview that has won them an admirably loyal fanbase. I noted skepticism and perhaps even ridicule when NME marked the band’s tenth anniversary with an Outstanding Contribution to Music Award in 2013; that’s not a publication known for its aversion to knee-jerk decisions, but that particular call was faultless. The Jarman brothers have been the outstanding British band of the past decade or so; For All My Sisters is a thoroughly enjoyable record even if taken only at face value, but more importantly, it’s a potent reminder of just how crucial The Cribs really are.