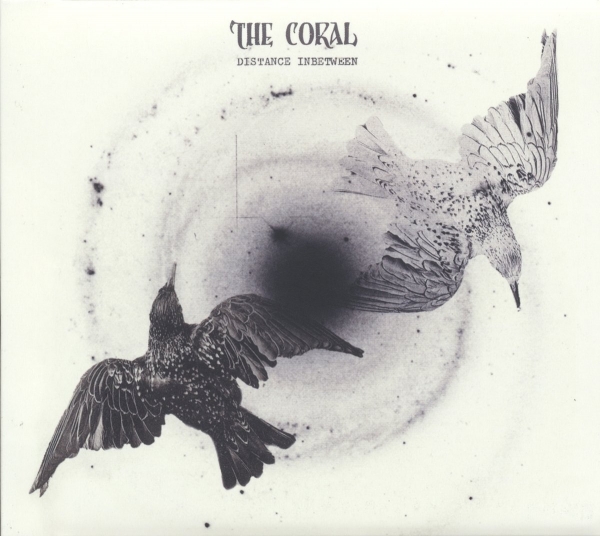 A title like Distance Inbetween inevitably makes one think of time and specifically the difference in The Coral from their debut, which bubbled with excitement and inventiveness to the more sombre, meditative songs they’re writing now.

Their first album in five years is markedly less experimental than their earlier material, its nature is reflective and at times regretful, with lyrics such as “An illusion of a memory that fades” and song titles like “Chasing The Tail Of A Dream”.

The musical environment The Coral found themselves in when they first emerged in 2002 was markedly different to today. Britpop was well and truly in the doldrums (Oasis released their nadir Heathen Chemistry that year) and whilst there was an attempt to anoint the Wirral band as its saviours, their bent was more Captain Beefheart than The Small Faces.

With the mercurial guitarist Bill Ryder-Jones, who was more likely to be listening to Django Reinhardt than Noel Gallagher, having long departed, Paul Molloy - formerly of The Zutons - is now on guitar duties, and instead of the kaleidoscopic music they built their reputation on, the songs of their eighth record are more groove based. The opening “Connector” lays down the modus operandi, with its Motorik rhythms and droned, repeated riffs. The resulting lack of light and shade means that the songs can blend into each other at times, with the likes of “Million Eyes” and “Holy Revelation” straight down the line 12 bar blues rockers.

But when they return to their more pop fused muse, there are some lovely moments to be found. “It’s You” sees singer James Skelly channel Jim Morrison in the vocal, with the melody almost a slowed down “Love Her Madly”. The mantra-like “She Runs The River” benefits from a sparser arrangement than the heavier, more bluesy songs but best of all is “Miss Fortune” that has a glorious sparkle to it and a chorus that’s pure earworm.

Distance Inbetween may not be the renaissance one would have hoped for and is a much more straightforward record than expected but there’s enough here to suggest their next record will be worth listening to. Perhaps moving Skelly’s voice and songwriting more to centre, rather being top heavy with the more rhythm infused songs will do the trick, because when he takes the lead here they manage to turn back the clock whilst also moving forward.