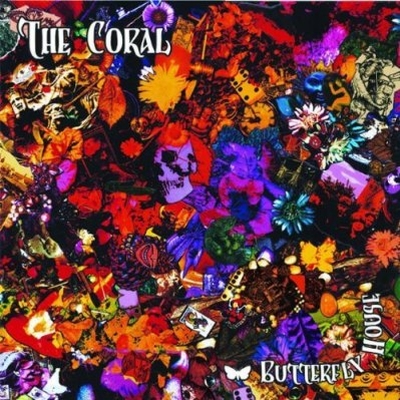 So, remind me, which ones were The Coral again? Massively hyped and promising ‘60s revival act from early last decade? Churned out a few good singles and then disappeared somewhere in middle America recording “their most ambitious album yet”?

Like all the best stories, The Coral’s is one that seems to have repeated itself. They weren’t the first to have shown such promise and seemingly fail to deliver, and they certainly won’t be the last, but they might well number among the most disappointing. Two full-lengths and one mini-album in (the baffling and stupendous Nightfreak and the Sons of Becker), the Coral looked poised to go stratospheric. While nothing since had topped what is still their most famous single ‘Dreaming of You’, Magic and Medicine was a tighter, more coherent record that made much more sense than their – nevertheless great – self-titled debut, and at the time, the Coral were among the few bands who could release an E.P. like Nightfreak and have it appear on the shelves of Woolworths. (True story, by the way, I genuinely did buy Nightfreak in Woolies.)

And then, The Invisible Invasion, the inherent irony of that title was eruditely explained in Pitchfork’s review of the album. It wasn’t, in fact, that The Invisible Invasion was a bad record. It was something possibly even worse: an album that prompted the words “stripped down” and “laid bare” from the press. The psychedelic hooks that had defined the Coral’s early career were, if not missing entirely, harder to find, and the album quickly faded from memory. If ‘In the Morning’ is the only track you know from the record from radio play, it’s because it’s the only one that would have fit comfortably on their earlier releases.

Potted history is over, and I’m not even going to mention Roots and Echoes, because nobody does, and that’s a good thing. Point is, Butterfly House sounds like a band who have a familiar story to tell, and know everyone is bored of listening. A band desperately trying to write an album people want to hear. Ask certain journalists, and they’ll tell you this is the Coral’s big comeback, their best since Magic and Medicine. Others will tell you it’s the latest in a long-procession of boring psych-folk revival albums they’ve probably not bothered listening to anyway. To some, it’s a refreshing change of direction that could see the band find a new lease of life. I’ve heard Butterfly House touted in so many different ways now that its greatest achievement could be its chameleonic status, because its greatest achievement certainly isn’t the music.

Scant few bands get away with “growing old with grace”, and a band that relied so much on their youthful energy and excusable-because-they’re-only-little quirkiness certainly can’t. Perhaps the album’s catchiest moment, ‘Walking in the Winter’, sums up the situation best. Y’see, bands like the band the Coral should be don’t write letters to loved ones, they tear themselves apart over them in lonely rooms. They don’t walk around in the snow in a lovely warm coat, they take a load of LSD and share a massive spliff. Lead single ‘A Thousand Years’ is so far away from what a Coral single should sound like, with its anodyne lyrical formula “ thousand years” repeated ad nausea, and crummy tacked-on guitar solo. It’s not just that getting comfortably old is boring, it’s that hearing a band like the Coral do so in the most boring way is heartbreaking to anyone who loved their music in their teens, and is now forced to live in fear that this is what growing up is going to be like.

Butterfly House’s saving grace may be that it ends up not being the worst album by a massively hyped and promising ‘60s revival act from early last decade, who churned out a few good singles and then disappeared somewhere in middle America recording “their most ambitious album yet” released this year. There’s a new Vines album around the corner.