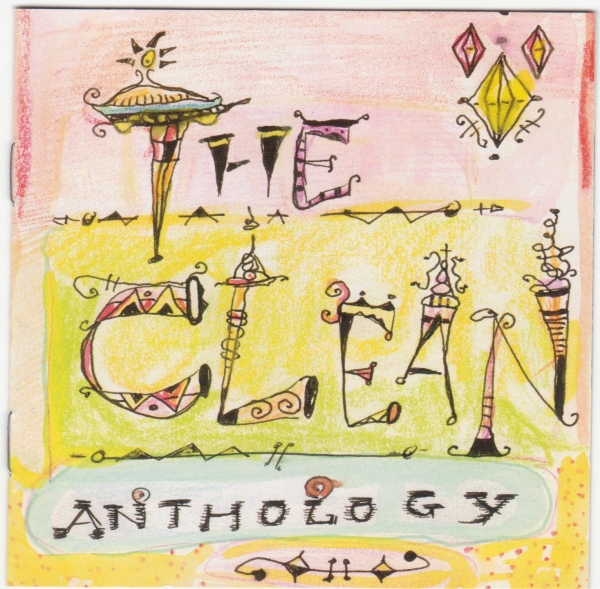 It’s commonly purported that those who are geographically isolated are much more creatively inclined than those who keep themselves within a bustling beehive of activity. The Clean, however, were instantly something of an oddity in their homeland when they first emerged in 1978; defying convention within a rock scene that was dominated by bands covering British and American music, the band singularly played their own songs, helping to create and nurture a Kiwi scene that has become synonymous with a city in the South Island of New Zealand. To this day, The Clean remain one of the earliest and prominent proponents of the widely revered “Dunedin Sound”, a lasting aesthetic that is as endemic as it is overlooked.

With any utterance of The Clean comes an allusion to Flying Nun Records; an outpost that has as much eminence respectively as the bands it spawned. People speak so reflectively about what labels like Rough Trade did for establishing the foundations of independent music in the UK, but with bands like The Chills, The Bats, Toy Love and Snapper infiltrating its musical landscape, New Zealand similarly has a lot to answer for in terms of indelible, world-wide influence;arguably- it’s one of the most influential sounds to ever be appropriated by today’s contemporary indie scene in the UK and specifically the US. Through an emphatically lo-fi production and a general detached sensibility, they envisaged the dominance of what the genre would eventually become. The prototypical, lo-fi jangle and hook-filled melodies are easily identifiable in a vast majority of bands of today, while the proportionate amounts of both urgency and aloofness is a marked distinction in bands like Yo La Tengo and Pavement.

First released in 2002, Anthology is a comprehensive, almost chronologic account of The Clean’s trajectory. Following a hiatus after temporarily disbanding during much of the 80s, the band didn’t even record their debut album until after reuniting in 1989. Though despite their years without a full-length, The Clean’s output was remarkable and consistent: the band released numerous EP’s, compilations and live albums, with the likes of 1981’s Boodle Boodle Boodle EP and the subsequent Great Sound Great, Good Sounds Good, So-so Sounds So-so, Bad Sounds Bad, Rotten Sounds Rotten in 1982 becoming imperative additions to any Clean fan’s record collection. The first disc on Anthology focuses on that pre-hiatus period; making the obscure, out of print early material easier to obtain. Represented here is the majority of the most revered but generically titled Compilation, along with a scattering of live tracks and all five tracks of Boodle and Great Sounds Great in its visceral entirety.

Contrary to popular belief, The Clean’s debut single “Tally Ho” wasn’t Flying Nun’s first release – it was The Pin Group’s “Columbia” - but it was, indeed, the release that marked a shift in New Zealand music forever: with little money behind it –a mere $60 NZ in fact- the song landed in New Zealand’s top 20 and paved the way for other Kiwi bands looking to achieve success with limited resources. And quite pertinently, it’s the first song on Anthology;in its own right an infallible classic: those elemental organ-infiltrated notes by David Kilgour proving to become a regular facet in the Clean’s early output.

“Point That Thing Somewhere Else”, on the other hand, is The Clean at their most cohesive: co-written by Snapper’s Peter Gutteridge, rather mind-bendingly-at the age of 17, it’s full of textures, ragged at the edges and addictively repetitious. David Kilgour’s best guitar work – a droning whir of delay and fuzz – is at the fore, while brother Hamish’s powerful, motorik-driven drumming and Robert Scott’s protruding bass coalesce to create a perfect, hypnotic continuity.

On the second disc of Anthology, the band have eschewed the primitive four-track recording approach of their early EPs and singles in favour of something that is ostensibly studio-crafted. The bulk of their debut full-length Vehicle makes up the majority of this disc; here, The Clean sound more confident and coherent, sharing vocal duties between them, though their propensity for amateurishness and brevity is still present and correct. Despite its comparative refinement, Vehicle is essentially a punk record in structure, with its offhand 2-3 minute pop songs that deliver in delightfully short, snappy bursts.

Modern Rock and Unknown Country are also accounted for here, along with four incredibly rare songs from a flexi included with Modern Sock’s early pressings and a US-only seven-inch. There’s no evidence of the band altering their sound substantially in the 90s, instead they only heightened and expanded it by deepening the production and, of course, focusing on making albums for the first time. In essence, then, Anthology is a well-wrought depiction of how The Clean have evolved from basement dwelling amateurs with a knack for crafting perfect, off-kilter pop songs, to internationally admired pillars of the indie-rock canon.

In retrospect, The Clean could be mistaken for a new band and Anthology as derivative; adhering to the indie rock formula that they themselves helped to create. Incredibly enduring and undeniably influential, Anthology is a culmination of everything that prevails from this often omitted, golden era of music.