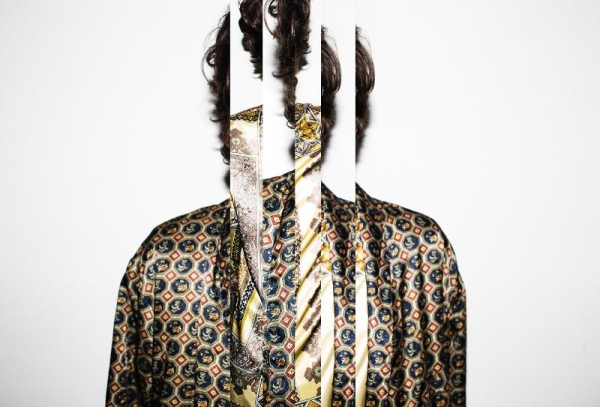 As personal information about The Child of Lov, man Cole Williams continues to rise to the surface, we know a couple of things for sure: he’s Dutch, he loves the human voice and he’s created an incredibly ambitious, soulful avant-garde debut. Over the course of his new eponymous LP it’s clear that he finds human vocals to be just as emotive and expressive as any other instrument.

Whether he’s channeling Cee-Lo (as on ‘Heal’) or Prince (as on ‘Warrior’) or surrounding songs with backing vocals, it’s obvious that he wants to be a singer in the most literal sense of the term. Which explains why Lov appears to view vocals as much as a compositional tool as, say, the guitar. For example, ‘Call Me Up’ features fridge-buzzing vocals on either side of the mix, acting as the foundation of the song.

A coldly funky number, ‘Call’ finds Lov affecting a gospel-inspired singing style, and the main vocals being layered over each other as a capstone. In this way, the song forces you to pay attention to the singing purely because there’s so much of it. Lov, it seems, believes how words are sung is as important as the words themselves. That same trick is used on the baroque pop-esque ‘One Day’: ghostly wailing weaves in and out of the song emphasising the sentiment that “One day you gotta die.”

That said, when vocals aren’t the compositional center, Lov is still an engaging songwriter. He paints ‘Owl’ with lazily nervous dub over which DOOM turns in yet another verse of self-contained, Twitter-length philosophy. Elsewhere, Lov plays around with stumbling boom-bap and foggy synths on ‘Go With the Wind,’ and experiments with sweaty ‘70s funk and stabbing guitar during ‘Heal.’ He even tries slot-machine disco as a basis for ‘Fly.’

That song, like much of the record, is about overcoming adversity and freeing yourself to a better life. “I’m gonna rise up,” Lov repeats, before explaining that he needs wings to take flight. In case you’re not in that mindset, though, he offers advice to those who lives might not be on track: “You don’t have to worry anymore,” he coaxes. Instead, he presents another option: “Go with the wind.” The Child of Lov may be shrouded in mystery, but his purpose of self-help is crystal clear: “I am a mountaintop/ I am a child of love/ Look in the mirror, I am warrior.”