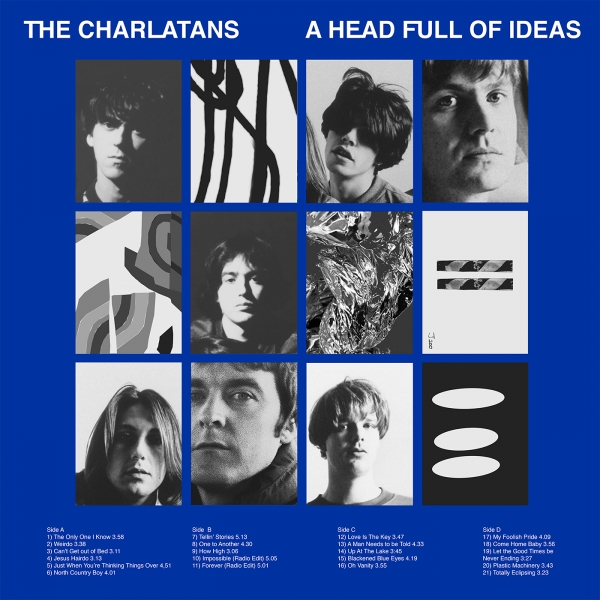 The Charlatans have been together for so long now it’s almost impossible to think of a world without them in it. They’ve outlasted many of their contemporaries, the likes of Happy Mondays, The Stone Roses & Oasis proving too combustible to achieve a landmark as significant as thirty years of continuous activity, no splits, no hiatus.

The back story of the band is well known, the deaths of original keyboardist Rob Collins in 1996, and powerhouse drummer Jon Brooks are tragedies that have only made the band stronger. A key change in the band's sound was Mark Collins replacing their original guitarist. A canny move as the wah-wah led sound of their debut album, 1990’s Some Friendly is indelibly imprinted into the sound of indie three decades ago. This not only meant they could achieve some kind of longevity, but his rock star looks provided a ‘Keith’ style swag to lead singer Tim Burgess’ Jaggerisms.

Recent years have not been easy for nineties indie fans, once iconic lead singers proving impossible to love with increasing regularity, whereas Burgess' Twitter listening parties brought a warmth to the cold of the pandemic and the multitude of lockdowns, achieving his new found status as a National Treasure of indie.

This collection to celebrate their (Covid delayed) 30th anniversary is a comprehensive lookback at a back catalogue where if not crammed with "wow, no ways!" Is one of the most consistent of recent times. During the mid-nineties when Britpop turned to Britpap, where having more Kinks records than ideas was OK, they dropped their self-titled fourth album. The fusion of electronics influenced by late nights out and Chemical Brothers 12”s is one of the best albums of this mid 90s period. Whereas their brilliant sixth album 1999’s Us And Us Only, and the rock n soul riffs and sleazy falsettos of cocanus era (look it up) Wonderland two years later have more than stood the test of time.

However, it didn’t look like they’d make it this, the transitional second albums 1992’s Between 10th and 11th, and follow up Up To Our Hips two years later showed a band reaching out for those gold sounds and although not without merit, not quite getting there, whilst literally nobody in the world needed the indie reggae fusion sounds of 2006’s Simpatico album.

"The Only One I Know" used to make 17-year olds lose their shit on their first nights out, now it makes the middle aged nostalgic, the pastoral indie of the ‘Telling Stories single will always remain anthemic, that keyboard riff of "Weirdo" never fails make the neck hair stand to attention, and the electronic loops and pounding drums of ‘One To Another’ will always remind you of that night you made nine best friends in one night on good E.

And even if you’re the occasional fan, dropping back in is as if you never left, the likes of more recent efforts such as "Let The Good Times Be Never Ending" or "Totally Eclipsing" show their ability to still provide a thrill.

There’s a lot of smaterial tuff here, alongside the singles, there’s remixes, unreleased demos, and live tracks. Highlights include a bass heavy techno mix of "Plastic Machinery" by Sleaford Mods, The Chemical Brothers stone cold classic mix of "Nine Acre Court", and Jagz kooner slaying destruction of "My Beautiful Friend". The demos disc is only essential for those who like that kind of thing, whereas the live CD almost chronologically sequenced, and smartly ending with their best track, ‘Sproston Green’, gives a fascinating look at how they progressed from the wide-eyed optimism of their early days, to one of the UKs most enduring, best loved bands.