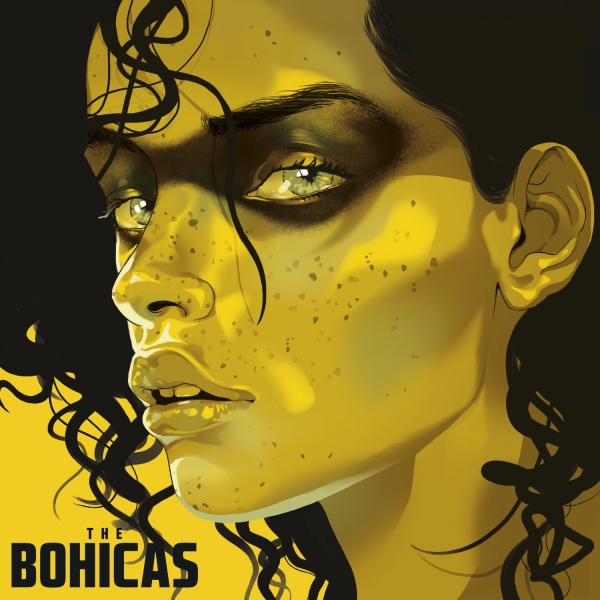 The Bohicas are the kind of band that aren’t supposed to exist anymore. An out-an-out, by the numbers indie rock band with no psychedelic, baggy or Fifties edge, the four-piece from Hainault, Essex feel like an entirely unappropriate fit in the modern musical landscape.

In a sense then, their debut album The Making Of has the potential to be somewhat refreshing. Recalling the likes of The Dandy Warhols or The Pigeon Detectives in their mid-Noughties pomp, The Bohicas' music has a simplicity to it that represented a winning formula once upon a time.

There are some moments of genuine swagger - album highlight "Only You" and following track "Girlfriend" show a remarkable sense of confidence for a new band and feature some sumptuous backing accompanies that compliment grungy guitars.

Get a little deeper into the record, however, and these encouraging moments prove to be flashes in the pan. There's little ingenuitiy displayed in either the melodies or the lyrics, and it gets to the stage where you wonder why label Domino (famous for introducing the world to Arctic Monkeys and Franz Ferdinand) ever took a punt on them. Opener "I Do It For Your Love" and single "Where You At" are particularly tame efforts, with the latter track bearing unfortunate resemblance to 2013's worst breakout guitar band The Strypes.

Ultimately, those adamant that the mid-Noughties garage-rock revival was the most important thing that's ever happened to music might find something to enjoy from The Making Of, but for the rest of us The Bohicas have produced remarkably unremarkable first effort.