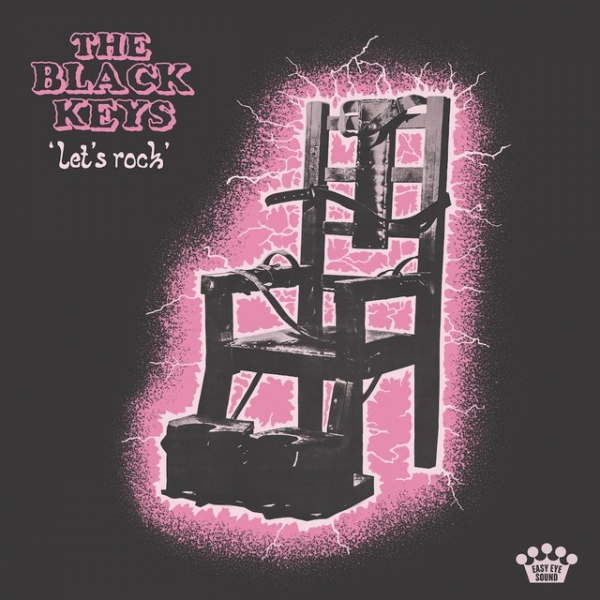 Within twenty seconds of Let’s Rock, listeners are catapulted into the sonic stratosphere of “Shine a Little Light”, the album opener, and as they embrace the abrasive sounds of Auerbach’s grinding guitar riffs and Carney’s punchy percussion, it’s clear that The Black Keys are back.

It’s been five years since their last album Turn Blue, and now they return with their ninth studio album Let’s Rock. Written and produced by Auerbach and Carney at Easy Eye Sound studio in Nashville, “the record is like a homage to electric guitar” claims Carney.

The album’s title comes from the news announcement that the first person in Tennessee to die by electric chair in eleven years simply said “let’s rock” as their final words. “I saw it as a sign” says Auerbach, “so we decided to call the album that, with an electric chair on the cover”.

“Eagle Birds” chugs along nicely to Carney’s stammering drum beat while Auerbach’s woeful tales of love and loneliness soak up some signature swagger. “Lo/Hi” is a wild ride, a frivolous, feisty piece of road rock that races ahead only to be stalled slightly by “Walk Across the Water”.

“Tell Me Lies” is a sweat-soaked stroke of genius, swirling the sonic swampland with its hot and prickly production and melodic harmonies splashing beautifully. “Get Yourself Together” is a giddy little ditty, while “Sit around and Miss You” is Stealers Wheel with a Tennessee twist, languid and cool.

“Fire Walk with Me” is straight-talking no nonsense scorcher of a track that closes the album just as brazenly as it begins. “After Turn Blue I was totally burned out, one hundred percent,” admits Auerbach. Sitting comfortably alongside high water marks like El Camino, it’s clear on Let’s Rock that the boys’ batteries are fully charged and ready to giddy up and hit the ground running once again.