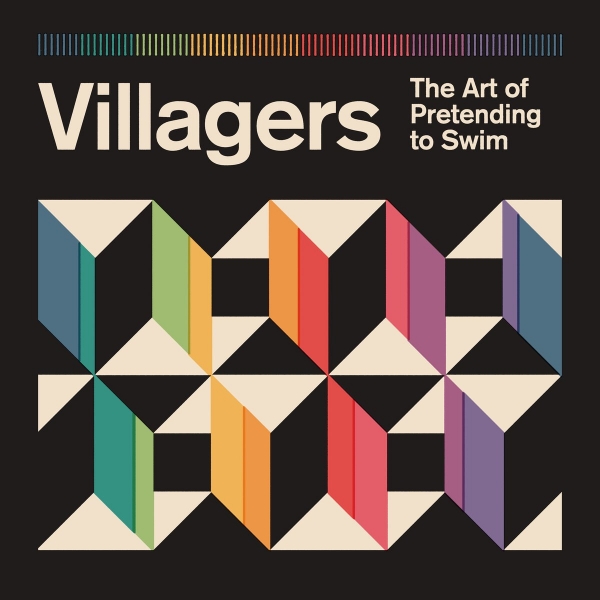 Conor O’Brien, lead singer and songwriter of Irish indie outfit, Villagers, has always been heralded as a champion wordsmith.

Throughout a chart-topping run of albums in their native homeland, he has shown undulating affection in the likes of "My Lighthouse" and elsewhere considered relationships in the sombre, sensitive style of "Set The Tigers Free".

Their fourth release The Art of Pretending to Swim steps away from the simplicity and bareness of its predecessor and experiments in texture and sound. A racing drum beat opens the record and is paired with tinkling piano and symphonic string arrangement as Conor ponders converses with an unknown companion who’s only contribution is an ominous ringing of ‘again’. There’s always been something mythological about Villagers narrative style, from the folklore epic Earthly Pleasures to breakout Becoming A Jackal and here they indulge in this aspect as manic percussive beats meet the screams of birds to create an altogether menacing crescendo.

"Love Came With All That It Brings" could have comfortably sat on James Blake’s latest record yet O’Brien’s warm tones add a sense of well-being despite the narrative detailing the suicide of a woman completely overwhelmed by love. It moves into tones of utter euphoria as brass sections consume this track. There is more sense of pace and movement within this record, O’Brien knows he can stand, deliver and devastate with previous works such as the heartbreaking "Hot, Scary Summer". Compare this to the epic "Long Time Waiting" as Conor considers his own mental well-being and ponders the fragility between the heavens and the earth all in the space of a five minute sonnet. It builds to near frantic levels with extra voices and instruments piling in to create a tone that successfully reflects the uncertainty and hazards of modern relationships.

Comparing the gorgeous lead single "A Trick Of The Light" to the mournful, poignant "Nothing Arrived", the sorrow remains but there is a renewed sense of hopefulness and above all, spirit. This is a songwriter who has mastered his craft and now has applied a frivolity to his record and the outcome is the most essential release to date.