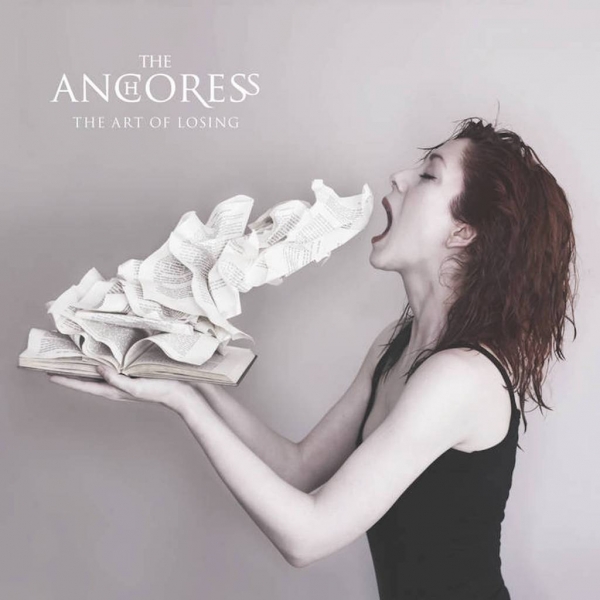 “Ouch, this is going to hurt”. Seven simple words that succinctly sum up exactly what to expect from Catherine Anne Davies aka The Anchoress’ second album in all its “existential melancholy” - and they’re the first to be soothingly uttered.

However, fully embodying Dylan Thomas’ fabled advice, the Welsh singer-songwriter most certainly does not go gentle into that good night. A collection of songs that each sits within the calloused hand of grief, desperately trying to unfurl its infuriatingly homely fingers with an embittered rage, The Art of Losing always feels on the cusp of exploding into something but then pirouetting whichever way it sees fit, sometimes directly into the oncoming bombardment.

With her debut, Davies took the place of a modern-day Kate Bush, which can feel like a lazy comparison but it should be held with high esteem given Confessions Of A Romance Novelist perfectly depicted being, and embracing, yourself. Following that up, after a fully booked diary not only supporting her album but hitting the road with Simple Minds, came before she knew it.

Recently, Davies has stated: “I found myself in the midst of such deep grief and sadness that I had more material, emotionally speaking, than any one person could need to draw on for a lifetime of songwriting.” It’s these depths that squarely erupt in a dedicated outpouring, appearing in various forms on The Art of Losing, but indeed wallowing isn’t one of them.

Instrumental opener “Moon Rise (Prelude)” holds that crystallising moment of grief first rearing its bittersweet head; where the world freezes, holding onto the last remnants of lives that are hell-bent on adapting and changing even when nothing could feel less natural.

A concept album this is not, but the with the veins running deep with recurring themes, as a second album, Davies has managed to construct a weighty signifier of impassable change. Certainly, when deep into the throes of a sun-kissed summer, this isn’t an album that can offer any further escape - it’s purposeful, it isn’t supposed to retain - this is an album for healing.

Packing a punch musically; twisting and turning; immersing with piano interludes branching elegantly from the albums introductory roots (“All Shall Be Well”), the softest nature is held for later cut “5am” which feels as vulnerable as it does honest.

“My Confessor” is a reckoning which sees Davies bellowing “Is this love?”, leading nicely into the tapering off rear. There’s an air of exhaustion that echoes through the closing moments, where the fight, depending on the situation, finds a conclusion or leads back, ready for round one with the lunar bookend “Moon (An End)”, but not without a gentle, hopeful swell before a voice advises “For once in your life just let it go”.

Grief will always exist; in the truest of relationships, to the blood we wrenchingly say goodbye to. It’s as natural as the trees we watch wither and wilt on a yearly basis, but how we deal with it is up to us, and Davies’ fight back is well worth remembering in those times of grave need.