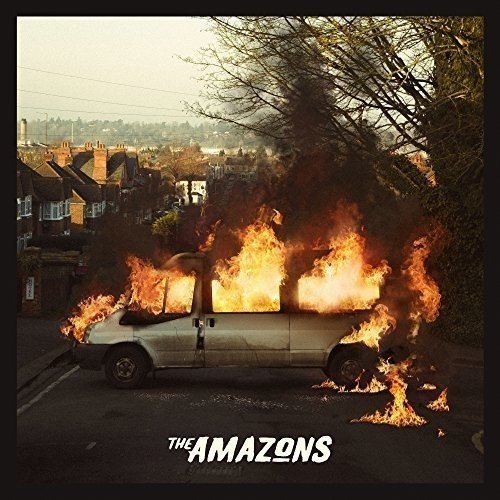 ​Reading bunch The Amazons have gained a lot of traction over the last year or so. Lively gigs and rowdy crowds have become their forte, alongside their signature huge chrouses and howling riffs. The quartet have now dropped their debut, and it’s one that brims with emotional intensity and sees them sounding as euphoric as ever.

On production, they helm in Catherine Marks for the duration of the self-titled record and there's nobody more reputable to have on board than her. Standout single "Junk Food Forever' presents a rallying call to arms that is almost impossible to ignore. The record continues with a collection of confident and swaggering odes that proves the band are more than just a one trick pony.

"In My Mind" takes an unexpected but welcome heavier step up, while fan favourite "Black Magic" is a blistering sub five-minute cut that will burrow deep into your brain. The breezy, youthful charms of the group are evident throughout, particularly so on "Ultraviolet" which exudes sheer energy and sees The Amazons enter into a rip-roaring voyage of exploration.

The Amazons' debut is sure to ignite adoration on a whole new scale, and new tracks like "Something In The Water" and "Holy Roller" see them step it up a few gears. The latter encompasses a series of soaring riffs and is quite unlike the rest of their work to date, although it slots in nicely with the rest of the album.

For a debut The Amazons have crafted an exceptional initial offering - pester your friends about them now whilst they're still a band on the rise.