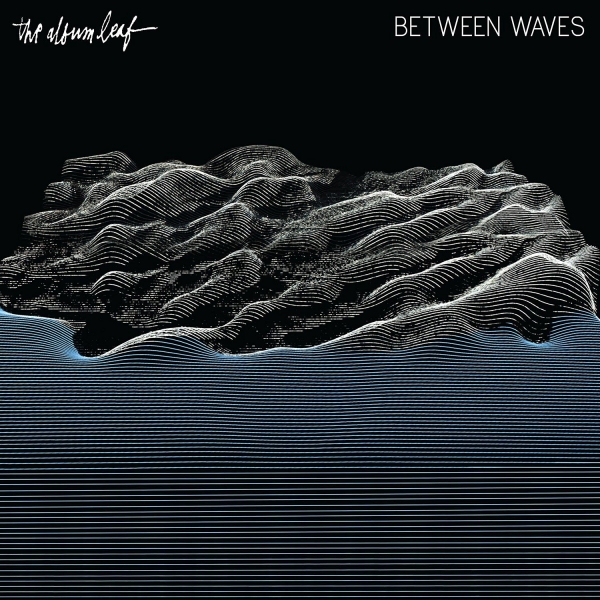 A six-year gap between full-lengths and a move to a prominent metal label could on first glance be interpreted as signs of creative disruption, but The Album Leaf haven’t made a habit of swerving too far in any direction over their 18 years. Instead, the progression of their sound has been one of accumulation and shedding, the cells of its form regenerating in a way that keeps their music evolving, but at a pace that assures familiarity.

Between Waves is the most succinct disc from The Album Leaf since their game-changing Seal Beach EP in 2003. It is, in fact, only one track shy of, and roughly the same number of minutes in length as Forward/Return, their 2012 EP. Forward/Return, in hindsight, feels something like a series of stretching and breathing exercises to recuperate from the lush slow-motion exertion of their 2010 album, A Chorus of Storytellers. The EP’s way of scaling back has allowed Jimmy LaValle - along with his current line-up of David LeBleu, Brad Lee and Matt Resovich - to evaluate and redecorate in places with efficiency.

It is immediately noticeable how the lithe and jittery “False Dawn” opens Between Waves in a starkly different mood a decade on from how Into the Blue Again awoke delicately with “The Light” (a song now permanently etched into the brains of fans of the US television show Scandal). “False Dawn”, like many of the songs on the record, emphasizes pulsing percussion, building momentum in tandem with atmospheric layers. The muscular meditation “New Soul” introduces an unhurried hip hop beat to their tried-and-true Rhodes piano and synth-led ambience. Twin centerpieces “Back to the Start” and “Wandering Still” show melodic flashes of The Album Leaf’s earliest promise without the feeling of looking back.

Though it is too easy to pin descriptors like “reenergized” on artists who have been around long enough to grow and diversify with time, the sense of focus and physicality on Between Waves is clear enough. This incarnation of The Album Leaf asserts the resilience that has always held up their sentimental exterior.